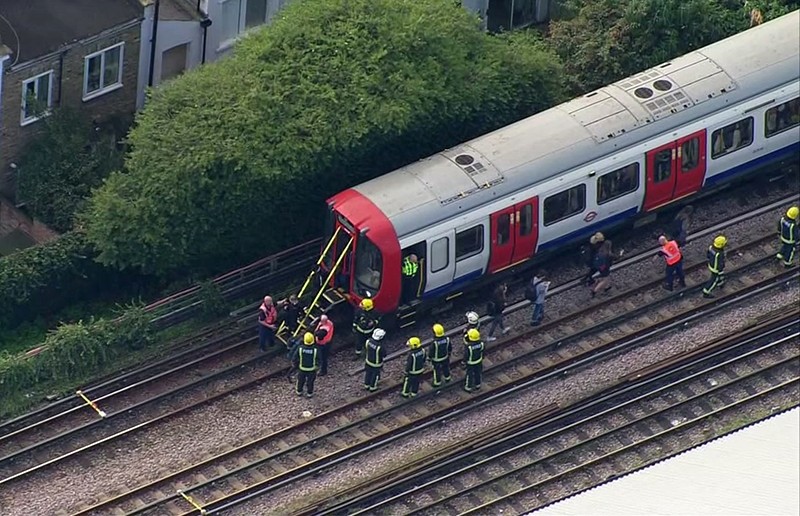 In this aerial image made from video, emergency workers help people to disembark a train near the Parsons Green Underground Station after an explosion in London Sept. 15, 2017. (AP Photo)
by Associated Press Sep 19, 2017 12:00 am

British police have arrested a third suspect in connection with Friday's tube attack in Parsons Green, London, that injured 30 people.

Police said they arrested a 25-year-old man in Wales on Tuesday evening under the Terrorism Act.

They say a property in Newport, Wales is being searched.

Two other men arrested over the weekend — an 18-year-old refugee from Iraq and a 21-year-old from Syria — remain in custody. Neither has been charged.

The partially exploded bomb injured 30 people when it detonated inside a crowded subway car on Friday.

Daesh claimed responsibility for the attack. 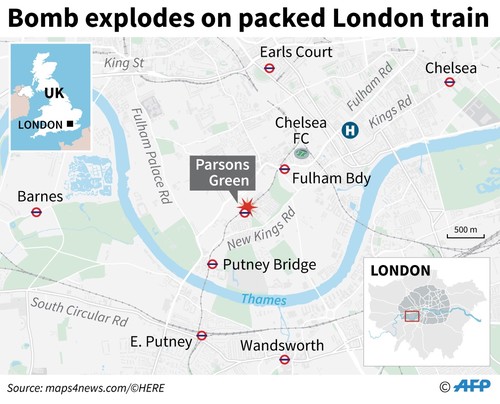