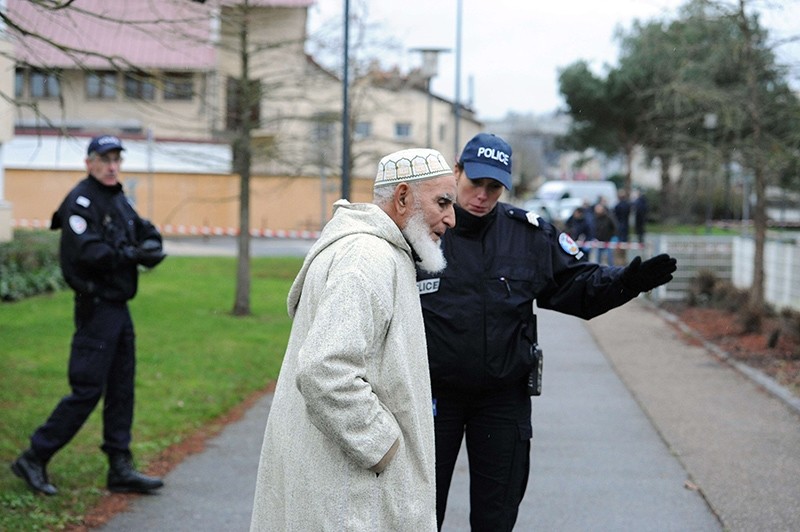 Most Muslims in 15 European Union countries are willing to embrace non-Muslims, but they often feel rebuffed by the majority populations of the places they live, a survey published Thursday said.

The findings by the European Union Agency for Fundamental Rights (FRA) reflect the views of 10,527 Muslim immigrants and children of immigrants who were interviewed between October 2015 and July 2016.

Nine out of 10 of those surveyed reported having non-Muslim friends and 92 percent said they tended to feel comfortable with neighbors of a different religious background.

The study also found that the vast majority of Muslims in the EU have a high sense of trust in democratic institutions despite experiencing widespread discrimination and harassment.

"Our survey results make a mockery of the claim that Muslims aren't integrated into our societies. On the contrary, we see a trust in democratic institutions that is higher than much of the general population," FRA Director Michael O'Flaherty said.

According to O'Flaherty, every incident of discrimination and hate crime hampers Muslims' inclusion and reduces their chances of finding employment.

"I am encouraged by the confidence of Europe's Muslim communities in our public institutions and rule of law, despite the individual challenges of discrimination which they attest to," O'Flaherty added.

The people surveyed were over age 16 and had been living for at least a year in Austria, Belgium, Cyprus, Germany, Denmark, Greece, Spain, Finland, France, Italy, Malta, the Netherlands, Sweden, Slovenia and the United Kingdom.

Other findings from the survey included:

Nearly half of the respondents did not find interfaith marriage objectionable, with 48 percent reporting they would feel "totally comfortable" with a family member marrying a non-Muslim.

Outreach is often met with rejection and hostility. At the time of their survey interviews, 27 percent of respondents said they had experienced harassment because of their Muslim backgrounds during the previous 12 months. Another 2 percent reported being physically assaulted.

Of the Muslim women who wore headscarves or face veils, 31 percent reported harassment. Inappropriate staring or offensive gestures were reported by 39 percent of the women who wore the coverings, while 22 percent said they were targets of offensive comments and 2 percent said they were physically attacked. For women who did not wear veils or headscarves, harassment was experienced by 23 percent.

The survey participants came from or had at least one parent originally Turkey, North Africa, Sub-Saharan Africa, South Asia and Asia. In two countries, respondents also included Muslims from other countries outside Europe who had immigrated within the previous 10 years.