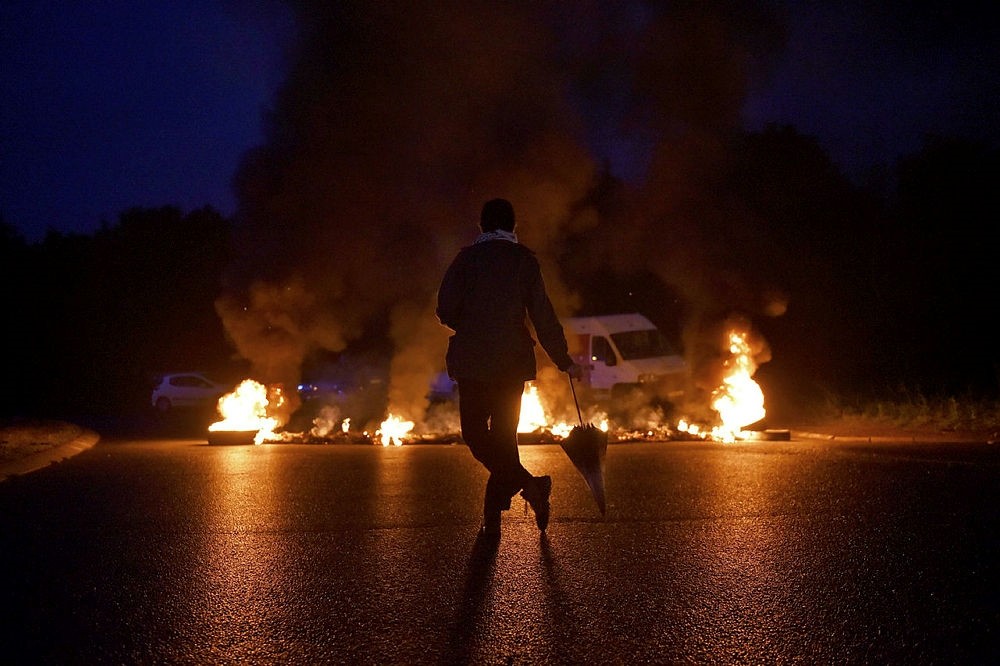 French trade unionists blocked access on Monday to several fuel depots in protest against an overhaul of employment laws, seeking to test the government's will to reform the economy.

In southern France, protesters' unions set up a road-block in front of Total's La Mede refinery, while in western France fuel depots were blocked near Bordeaux and the coastal city of La Rochelle. Union members also held go-slow operations on highways near Paris and in northern France.

Eager to avoid fuel shortages, centrist President Emmanuel Macron's government deployed police at some sites before dawn to ensure by force that protesters could not block access.

"It's not in blockading the country's economy and by preventing people from working, that one best defends one's cause," junior economy minister Benjamin Griveaux told RTL radio.

The labour reform is due to become law in the coming days after Macron formally signed five labour form decrees on Friday, in the first major economic reforms since he took power in May.

The new rules, discussed at length in advance with unions, will cap payouts on dismissals that are judged unfair, while also giving companies greater freedom to hire and fire employees and to agree working conditions.

While unions have failed to derail the reform, the considerable political capital Macron had after his landslide election victory in May is quickly evaporating.

Macron suffered his first electoral setback on Sunday when his Republic on the Move (LREM) party won fewer seats than expected in elections for the French Senate.