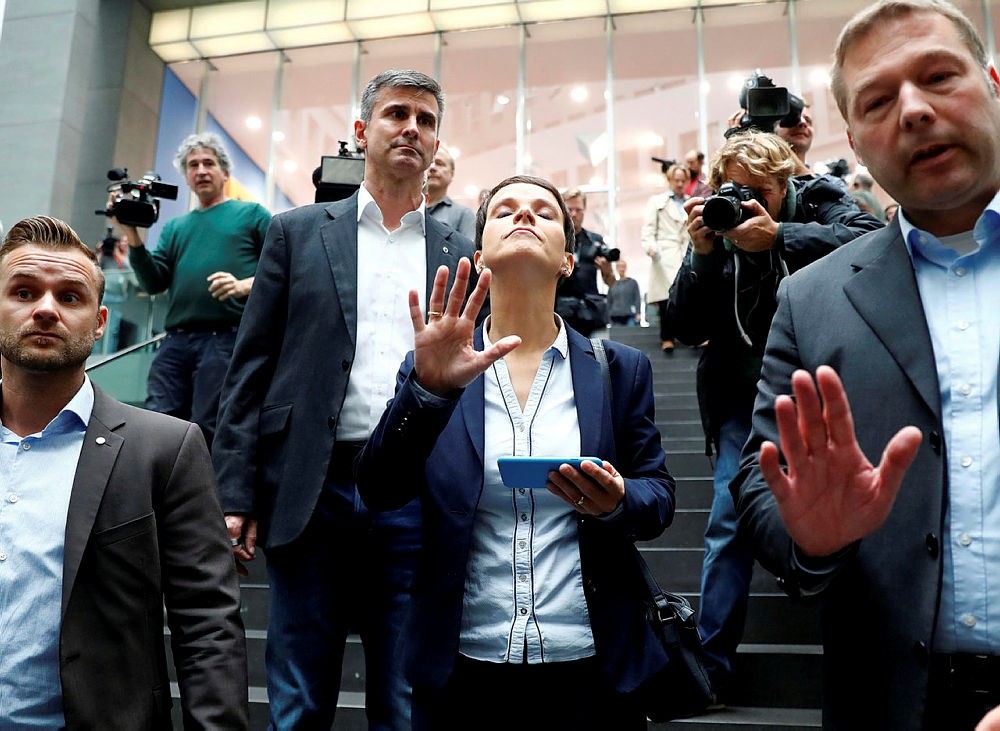 Divisions emerged in the far-right Alternative for Germany (AfD) on Monday, a day after it took third place in a national election, as its co-leader said she would not sit in parliament with AfD members.

Frauke Petry, who was long considered the AfD's most recognisable face but has been less visible in recent months, stormed out of a news conference after saying she would take up her seat but would not be part of AfD's parliamentary group.

"I've decided I won't be part of the AfD's group in the German parliament but will initially be an individual member of parliament in the lower house," Petry said.

Petry made her surprise announcement after the AfD scored 12.6 percent in Sunday's election, meaning it will be the first far-right party to enter the German parliament in more than half a century.

"I think we should be open today that there is a disagreement over content in the AfD and I think we shouldn't hush this up because society is calling for an open debate," Petry told a joint news conference with other party leaders.

She said her aim was to bring about a "conservative turning point" in parliament in 2021, the next time Germany is due to hold a national election.

"I'll do everything I can to achieve that so the sensible ideas the AfD has been working on since 2013 actually become a political reality," Petry added.

She declined to answer further questions, including whether she would remain the AfD's co-leader, but said the public would hear from her in the coming days.

Alexander Gauland, one of the AfD's top candidates, said neither he, nor the other top candidate Alice Weidel nor co-leader Joerg Meuthen knew why Petry left.

The party, founded in 2013 by a group of academics opposed to the euro, has long been riven by infighting. Commentators have predicted that its divisions could be amplified by its entry onto the national political stage.

Petry said in a shock announcement in April she would not lead her party's election campaign after she clashed with other senior members by advocating a more moderate course.

Petry has said the AfD -- which other German parties have shunned -- should be ready to join coalition governments, while others have said the party should stick to opposition. All established parties refuse to work with the AfD.

On Monday, Petry said the AfD, as an "anarchistic party", could be successful in opposition but would not be able to offer voters a credible option as a government. For this reason, she had decided not to take up her seat as part of the AfD group.

Petry has also clashed with others in the party by seeking the expulsion of senior member Bjoern Hoecke, who has called Berlin's Holocaust Memorial a "monument of shame" and said history books should be re-written to focus more on German victims of the Nazis.