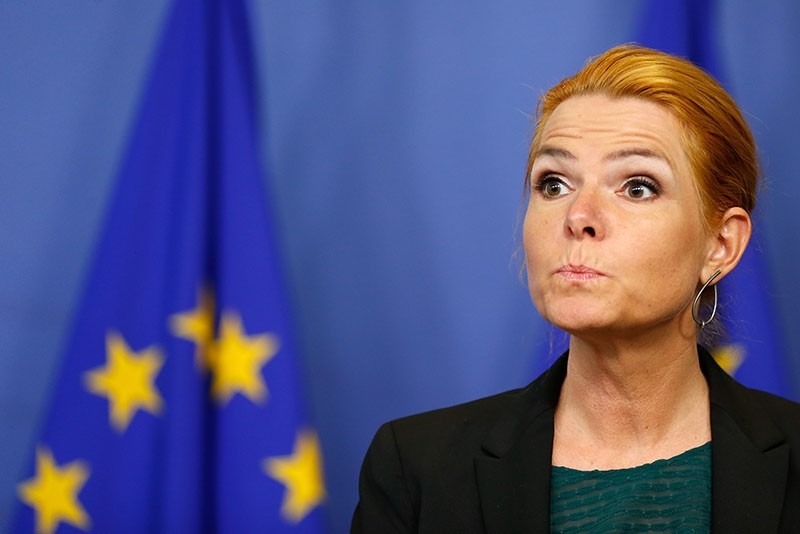 Denmark's immigration minister on Tuesday posted a screenshot of her iPad showing an insulting drawing of the Prophet Muhammad on Facebook, one of the satirical cartoons that caused outrage among Muslims around the world more than a decade ago.

The Facebook post comes as a reaction to a decision by the Skovgaard Museum in Viborg, Denmark, not to include the drawing in a new exhibition about blasphemy since the Reformation.

"It is the museum's own choice and they have their full right to do it, but I think it's a shame," said Inger Stojberg, minister for immigration and integration, in her Facebook post.

The Facebook post is accompanied by a screen shot of the minister's iPad background screen, which shows a cartoon of a bearded man with a bomb in his turban.

Stojberg said in the post she uses the cartoon as her background screen because it reminds her that Denmark is a country with freedom of speech, which includes the right to criticize religions.

"Honestly, I think we should be proud of the Muhammad cartoons," Stojberg said.

Three Danish embassies were attacked and at least 50 people were killed in rioting in 2006 in the Middle East, Africa and Asia, after drawings of the Prophet Muhammad, images many Muslims consider blasphemous, were published in the Danish newspaper Jyllands-Posten.

The picture posted on Monday by the minister was one of those cartoons.