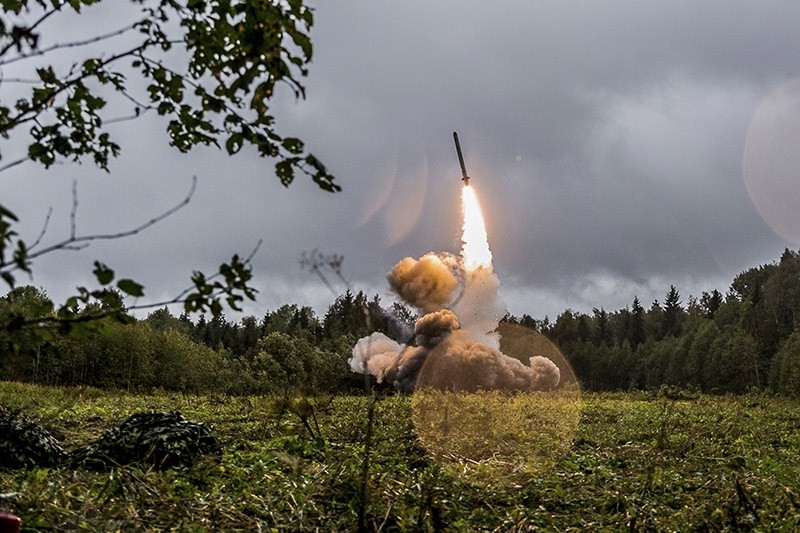 The Defense Ministry said Tuesday the maneuvers involve the Yars missile launchers along with support vehicles. It said 4,000 troops will be involved.

The Yars, the most advanced nuclear-tipped missile in the Russian military arsenal, is mounted on a heavy truck, making it more difficult for an enemy to spot and destroy it. The ministry said the exercise will involve the missiles' deployment and feature action to protect them from enemy scouts and precision strikes.

The drills come a week after Russia and Belarus wrapped up their massive weeklong war games that caused jitters in some NATO countries, including Poland and the Baltics.

Lithuania on Tuesday claimed Russia had simulated an attack on the NATO Baltic states of Estonia, Latvia and Lithuania during the major military drills, proving Moscow's "aggressive" intentions.

"There was a simulation of an attack from the Russian Federation on all Baltic states," Lithuanian Defense Minister Raimundas Karoblis told reporters, without elaborating.

Russia had said the drills were of a "strictly defensive nature" against a perceived terrorism threat.

"Although Russia avoided provocative rhetoric, we noted its aggressive stance while preparing the exercises and conducting them," Karoblis said.

Karoblis said the drills showed that Russia could launch an attack against the Baltic states with 24 hours notice.

The war games on NATO's doorstep came as tensions between Russia and the US-led alliance are at their highest since the Cold War due to the Kremlin's meddling in Ukraine.

Earlier this year, NATO sent around 1,000 troops each to Estonia, Latvia, Lithuania and Poland to reassure its eastern flank, a move that angered Moscow.

Lithuania's top general Jonas Vytautas Zukas said Tuesday that his nation was in talks with allies to boost the NATO presence with air defense and maritime capabilities.