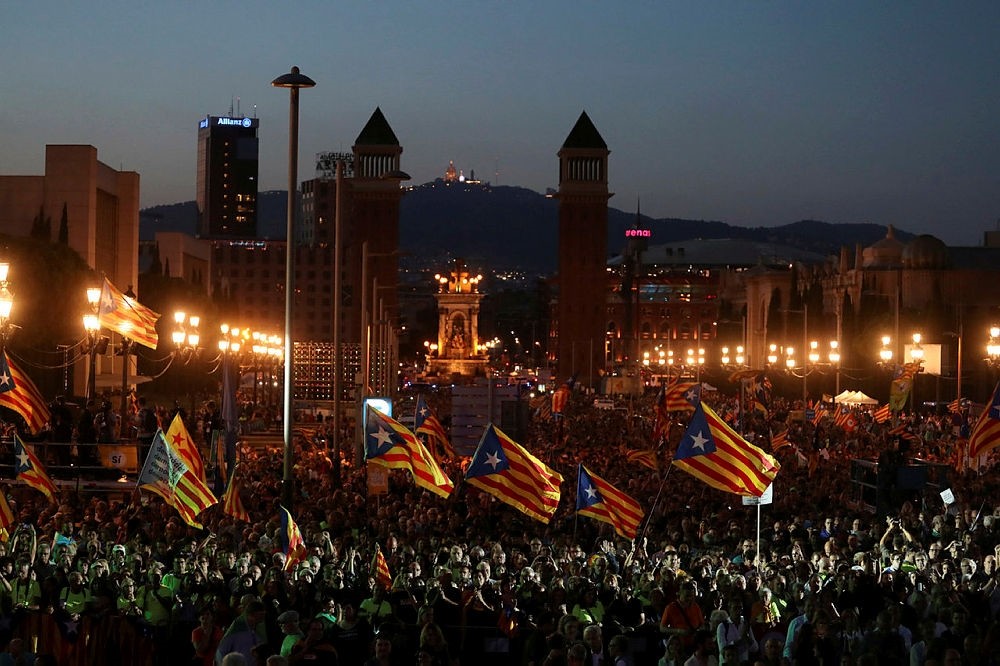 Preliminary results showed 90 percent of voters were in favor of Catalonia's independence from Spain, a Catalan official said early Monday.

Spokesperson for Catalan government Jordi Turull said in a press conference that 2.26 million votes were counted, and more than 2 million were in favor of secession.

The "no" camp accounted for 7.9 percent of the ballot, blank papers were 2 percent and void ones amounted to 0.9 per cent, he said.

"Today is a victory for democracy and the people who defended it peacefully," Turull said.

The region has 5.3 million voters.

Speaking on television from Barcelona after polling stations had closed in the northeastern region in Spain, Puigdemont said "today the Spanish state wrote another shameful page in its history with Catalonia."

The main grassroots separatist group urged the regional government to declare independence from Spain after the violent police crackdown on Sunday's independence referendum.

Puidgemont said that a "special committee of inquiry" will probe police brutality, as he noted that 893 people were injured in weekend clashes, including four who are in hospital, two in a critical state

Jordi Sanchez, leader of secessionist group ANC, tells a large crowd in Barcelona's main square he hopes that "very soon we will see the birth of a new Catalan state."

Sanchez warns local leaders "Now, don't let us down ...The moment of truth has arrived."

Catalan President Carles Puigdemont had vowed to declare independence with 48 hours if the "Yes" side wins Sunday's disputed vote. But there was no campaign for the "No" side before the vote was suspended by Spain's Constitutional Court.

Authorities say 844 people and 33 police were injured Sunday in Spanish police raids to halt the vote.