Catalan government says Spain is 'the shame of Europe' 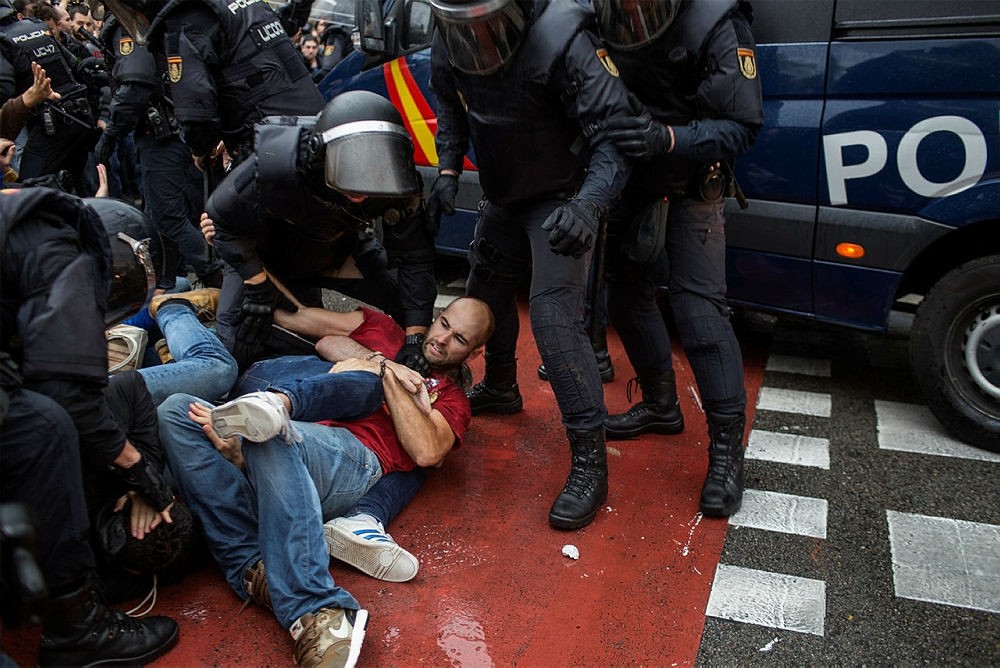 Catalonia's pro-independence regional government said Spain is "the shame of Europe" for the way it has cracked down on the region's bid to hold a secession referendum.

Government spokesman Jordi Turull says "what the police are doing is simply savage, it's an international scandal."

The Catalan government's health service says 465 people have been treated in hospitals following clashes Sunday with police who were ordered by a regional judge to prevent the independence referendum from taking place. Turull said two of the injured were in serious condition.

He said "Today, Spain is the shame of Europe."

Turull said that despite police actions "the trend we are seeing is that millions have voted," adding that a recount of votes would take some time. He said police had closed 319 polling stations out of some 2,300.