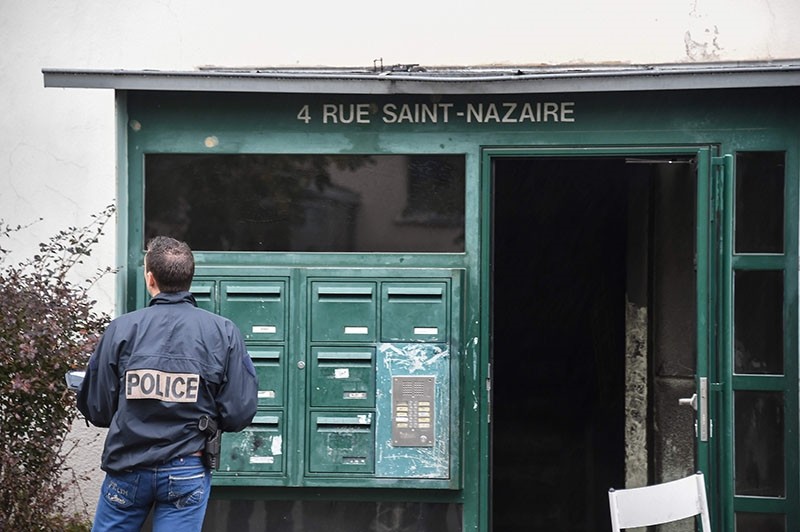 Four children and an adult were killed when a fire engulfed a social housing block in the French city of Mulhouse on Sunday night, authorities said. Three Turks, two girls, ages 9 and 6, and an 8-year-old boy, were killed in the blaze.

Eight others were injured, three critically, in the blaze that began in the basement of a four-story building in the northern Bourtzwiller district, the fire service said.

Three of the victims were of Turkish origin, Turkey's consul general in Strasbourg, Özgür Çınar told Anadolu Agency. They were identified as 9-year-old Senem Ertunç, whose family hails from the northern Turkish city of Gümüşhane, 6-year-old Damla and 8-year-old Emine, daughter to the Aksu family from the southern Turkish city of Kahramanmaraş. The fire broke out shortly before midnight in a neighborhood where many Turks live.

Around 20 residents were rescued from their homes by ladder, the local l'Alsace newspaper reported.

"It's terrible, the whole city has been shaken by this tragedy," Mayor Jean Rottner told AFP.

The cause of the fire is still unknown. However, the French prosecutor investigating the case said the fire was most likely arson.

"The building is in very good condition and is situated in a quiet housing project, with no particular problems," Rottner said.

Deputy Prime Minister Hakan Çavuşoğlu said in a statement later in the day that a crisis desk had been formed to investigate the incident, and an official from the Presidency for Turks Abroad and Related Communities (YTB) had gone to France to follow the incident closely.

Çavuşoğlu also offered his condolences to the families of the victims and wished a speedy recovery to the wounded.