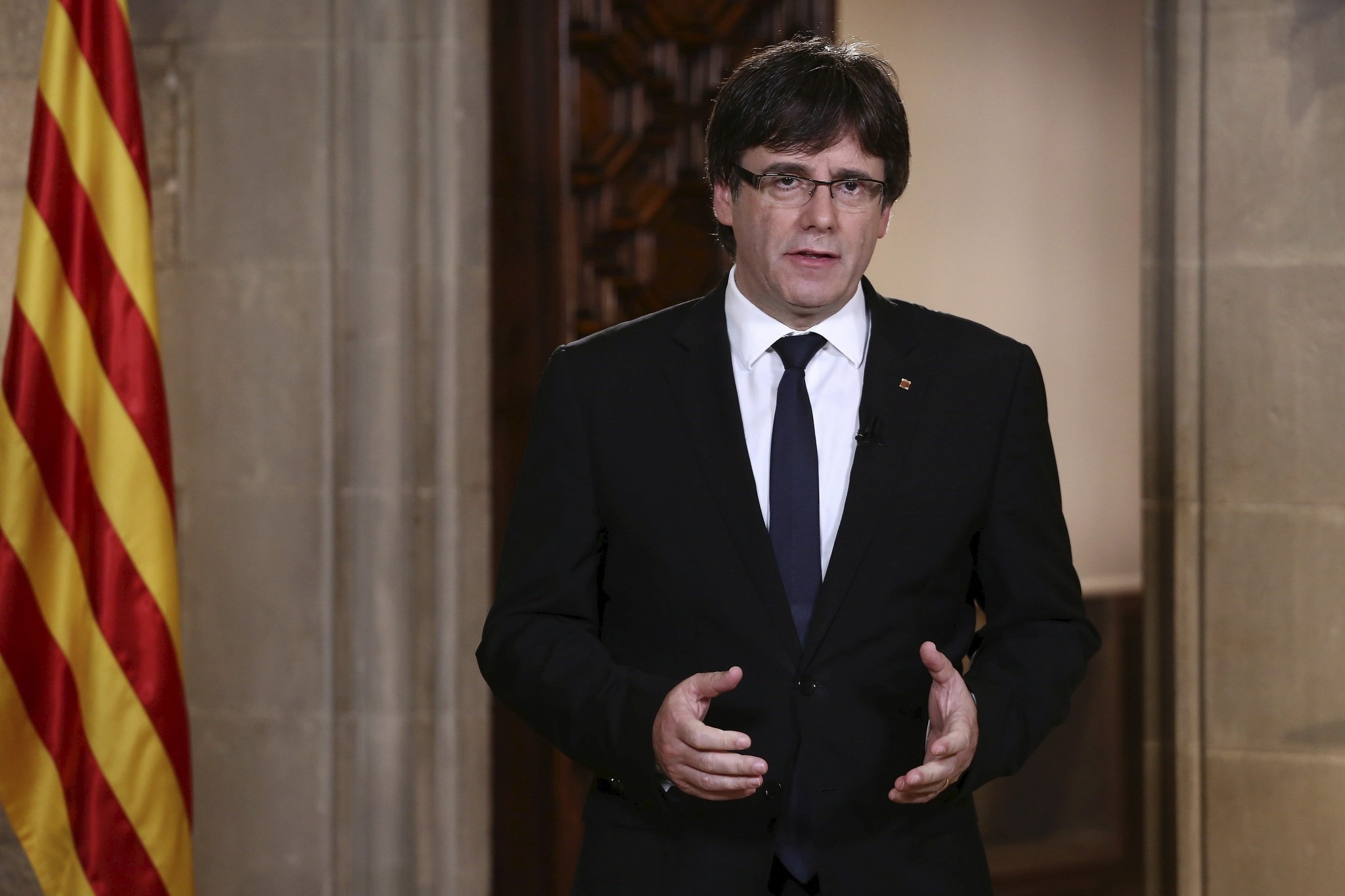 Spain's king is "deliberately ignoring" Catalans, the regional leader said Wednesday, as he urged the Spanish government to accept mediation in one the country's deepest political crisis in decades, while he vowed to push ahead with a roadmap for the region's secession "in the next few days."

In a televised speech late on Wednesday, regional president Carles Puigdemont condemned violence by police who tried to halt an independence referendum on Sunday that central authorities opposed.

"We held the referendum amid an unprecedented repression and in the following days we will show our best face to apply the results of the referendum," Puigdemont said.

"The king has adopted the (national) government's position and policies which have been disastrous with regard to Catalonia. He is deliberately ignoring millions of Catalans," Carles Puigdemont said in a televised address.

The separatist leader also called the government of Prime Minister Mariano Rajoy "irresponsible" for not accepting mediation in the deadlock, and criticized King Felipe VI for following what he said were the government's "catastrophic" policies toward Catalonia.

"You have disappointed many Catalans," Puigdemont told the king.

The Catalan parliament's secretary and attorney say that a planned plenary session to debate how the northeastern region's independence bid proceeds is unlawful and should be halted.

Catalonia's regional president, Carles Puigdemont, is addressing regional lawmakers on Monday to review a referendum won by supporters of independence from Spain on Oct. 1. The referendum and its legal framework had been put on ice by Spain's Constitutional Court, the reason why the parliament's legal counselors say the session should be halted.

Puigdemont says the vote, which took place amid police attempts to stop it that left hundreds injured, is valid and legitimates a declaration to break away from Spain.

The Spanish government says the vote was illegal and not valid, and blames Puigdemont for the violence.

Opposition parties have announced plans to appeal to the Constitutional Court to halt Monday's plenary session in the regional legislative.