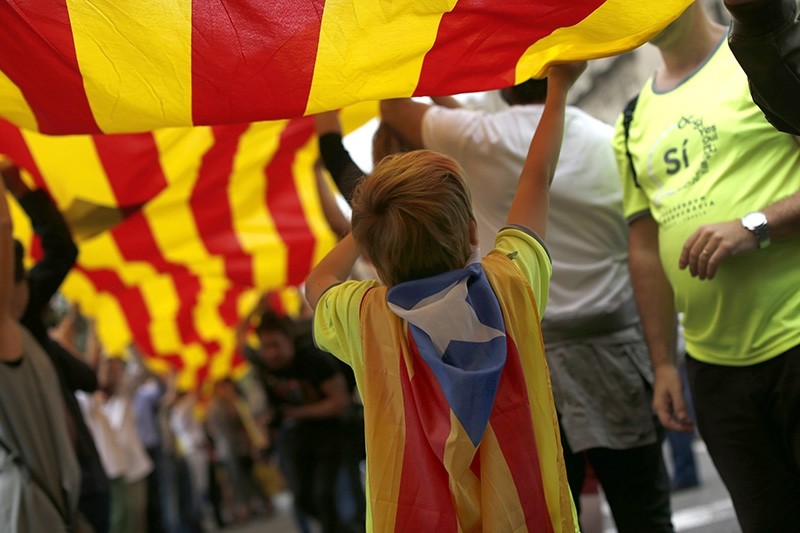 Catalonia will declare independence "in a matter of days", the region's secessionist leader Carles Puigdemont was quoted as telling the BBC, a move that would defy Madrid and attempt to implement the directive of Sunday's banned independence referendum.

Puigdemont said that his government would "act at the end of this week or the beginning of next", according to an interview with the BBC on Tuesday.

Asked what would happen if Spain seized Catalonia's autonomy, as it appears poised to do, Puigdemont told the BBC: "it would be an error which changes everything."

"There's no going back now… the days to come will be complicated, but we have to resist," David Peña, an activist in Catalonia, said.

Puigdemont has appealed for international mediation, although the European Commission said Monday that it "trusted" Spanish Prime Minister Mariano Rajoy to handle the situation.

A government source said Wednesday that Catalonia will declare its independence on Monday October 9, 2017.

The European Parliament is scheduled to debate the issue Wednesday.

The regional leader opened the door to a unilateral declaration of independence from Spain on Sunday after voters defied a violent police crackdown and, according to regional officials, voted 90 percent in favor of breaking away.

The referendum, declared illegal by Spain's central government, has thrown the country into its worst constitutional crisis in decades and raised fears of street violence as a test of will between Madrid and Barcelona plays out.