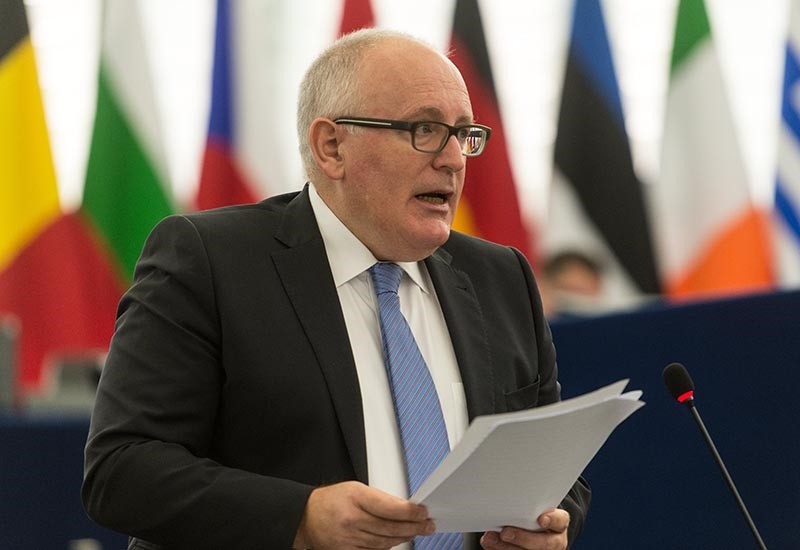 The European Commission is appealing for dialogue between the Spanish government in Madrid and Catalonia even if it says there is a "general consensus" that the northeastern region ignored Spanish law with its referendum.

"It's time to talk," European Commission's First Vice President Frans Timmermans told the European Parliament as the EU legislature opened a debate on the situation.

A unilateral declaration of independence would thrust the Spanish state into an unprecedented constitutional crisis and would send shock waves throughout Europe. As of yet, no countries have shown a willingness to recognize an independent Catalan state.

The Spanish government must also decide its next steps. It could intervene and suspend the autonomous status of Catalonia, an unprecedented step in 40 years of Spanish democracy.

In a televised message aired Tuesday night, King Felipe VI condemned pro-independence politicians in Catalonia for damaging national unity and called on the state to restore the "constitutional order and normal functioning of institutions."