German lawmakers refuse to sit beside far-right AfD in Bundestag 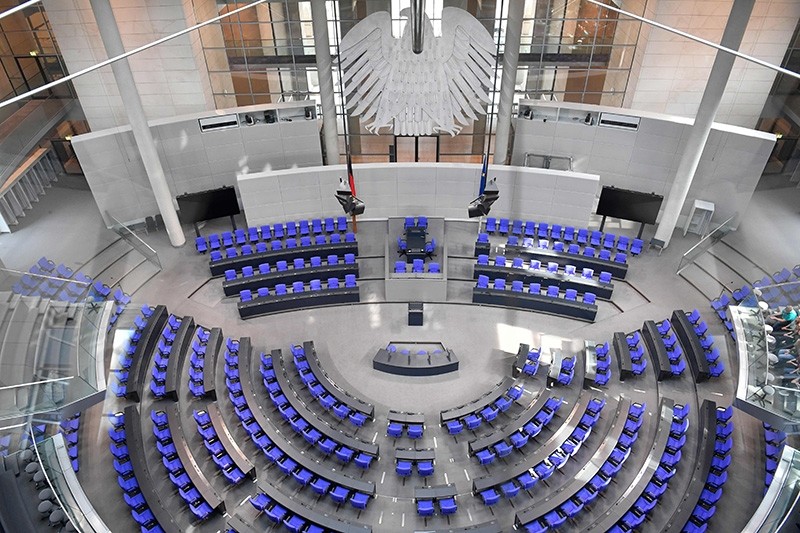 German lawmakers have failed to reach an agreement on where the far-right Alternative for Germany (AfD) will seat in the country's federal parliament, ahead of the first legislative session, which is expected to take place Oct. 24., reports said.

The AfD is technically supposed to be sitting on the far right side of the legislature, but German lawmakers from different parties have reportedly objected this, DW reported.

Bundestag administration said Wednesday that Free Democratic Party (FDP) lawmakers would be sitting beside AfD lawmakers, but reports noted Thursday that the former refused to do so, leading to a "seating crisis" at the Bundestag.

FDP official Marco Buschmann reportedly said that the seating arrangements reflect the political view of the parties, and have "huge symbolic significance" for FPD.

Bundestag management officials previously planned that the Christian Democratic Union of Germany (CDU/CSU), followed by the Greens and the Social Democrats would be sitting next to the FDP.

The FDP is expected to discuss the issue again during a commission meeting which will take place Oct. 13.

Germany held federal elections on Sept. 24, in which the far-right AfD won 12.6 percent of the vote, becoming the third biggest party in the Bundestag after over 50 years.

AfD politicians are known for controversial anti-refugee and Islamophobic remarks suggesting police should shoot refugees trying to cross the border into the country and more.