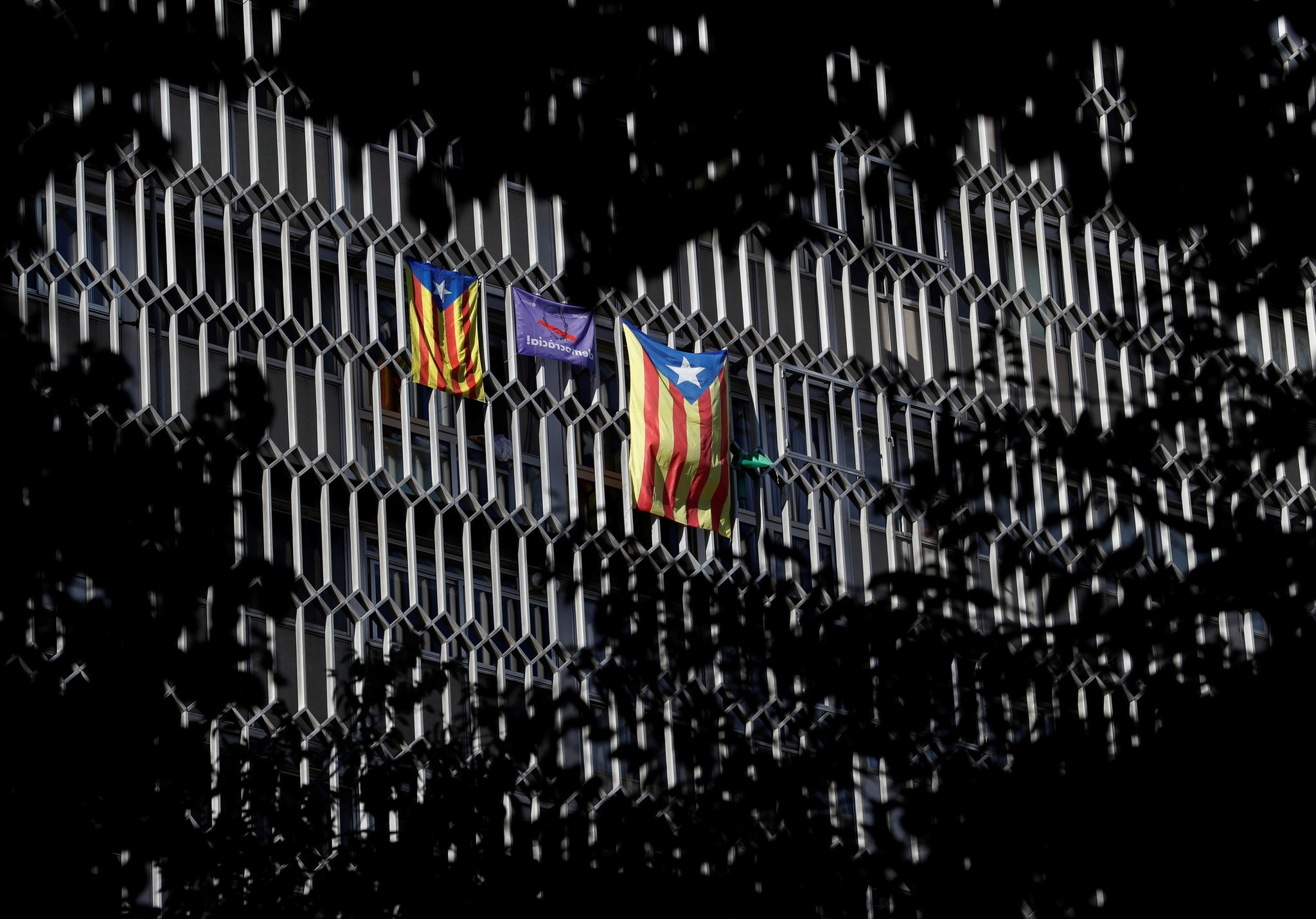 Judges "ordered the suspension of the plenary that has been called for Monday in the [Catalan] parliament" while it hears an appeal lodged against it, a spokeswoman said, as the court confirmed the ruling in a written statement.

The central government sticks to its stance of not talking to those wanting to break up the country. The leader of Spanish opposition party Podemos, Pablo Iglesias, called Spanish Prime Minister Mariano Rajoy on Wednesday to urge him to seek mediation. But Rajoy insists Puigdemont must first drop the threat of declaring independence.

"The government will not negotiate over any illegal acts, nor will it be blackmailed," read an official statement released by the central government in Madrid.

Referring directly to Catalonia's regional leader, Carlos Puigdemont, who backs the separatist movement, the statement pointed to the serious damage already inflicted by the independence movement and demanded that separatist leaders meet with all parties in the Catalan regional government. Separatist leaders in Catalonia have been accused of attempting to exclude unionist parties from the proceedings.

The European Union has urged dialogue to ease the standoff between separatists in the northeastern region and Madrid, but Catalan leaders said they could unilaterally declare independence as early as Monday.

The tone of the crisis sharpened with Catalonia's president denouncing the king's intervention and Spain's government rejecting any possible talks.

"The government will not negotiate over anything illegal and will not accept blackmail," said a statement from Prime Minister Mariano Rajoy's office. "Negotiation in democracy only has one way, the way of the law."

Catalonia's president Carles Puigdemont called the central government's policies "disastrous" as the region's leaders pushed on with its bid to break away from Spain, angering Madrid and raising the risk of further unrest.

A declaration of independence would intensify the conflict with the central government, which along with the national courts has branded the referendum illegal. Madrid has the power to suspend the semi-autonomous status that Catalonia currently enjoys under Spain's system of regional governments.

Madrid says the independence referendum contravenes the constitution, which states that Spain is indivisible. Under Article 155 of Spain's constitution, Madrid has the power to intervene directly in the running of Catalonia's regional government, forcing it to drop the vote. It has been ruled unconstitutional by both the central government in Madrid and the courts, with judicial officials ordering police to seize millions of ballot papers, detain key organizers and shut down websites promoting the vote.

Tension has been on the rise since the vote was called in early September, crystallizing years of defiance by separatists in the affluent region, which contributes mightily to Spain's ailing economy. As one of Spain's 17 autonomous regions, Catalonia enjoys ample rights, but key areas such as infrastructure and taxes are in the hands of Madrid. Separatist Catalans have long complained of contributing too much to the state while not getting enough in return.

Catalonia, Spain's wealthiest region, wedged in the northeast on the Mediterranean coast below the mountainous border with France, has its own language and culture and a growing minority there has nurtured hopes of independence for years. Madrid says the constitution prohibits secession and can only be changed if all Spaniards, not just Catalans, agree.