9 dead after storms in Poland, Germany as countries begin mass-clean up 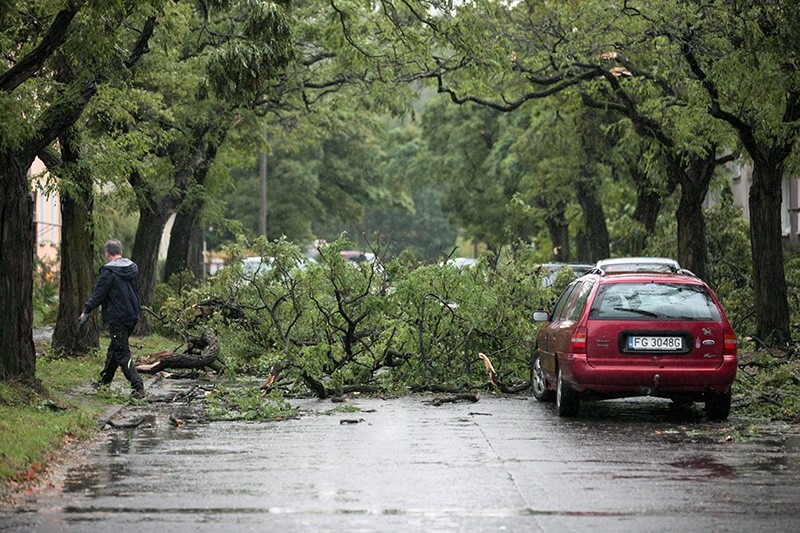 A heavy storm ravaged parts of western Poland overnight, killing two people and raising the death toll in the region to nine.

Pawel Fratczak, a spokesman for firefighters, said Friday that tens of thousands of households were without electricity after falling trees broke power lines.

The storm killed a 67-year-old man who was trying to secure his house's roof and a 58-year-old woman crushed by a falling tree. Officials said 39 people were also injured.

The storm also devastated the park of the Habsburg Palace in the town of Zywiec.

Meanwhile, about 10,000 people remained without power in the north-eastern German state of Mecklenburg-Vorpommern on Friday, with energy companies saying they were using all available resources to restore power.

At the height of the storm, about 35,000 people were without power.

Public transport services were also slowly returning to normal in the wake of the storm, which left large numbers of rail passengers stranded in train carriages.

About 470 train passengers were forced to spend the night at a train station in western Germany as a result of the storm with the nation's rail company cancelling multiple train services.

At the same time, 370 people became stranded when two long-distance trains had to take shelter at the station in the western German town of Minden. About another 100 were trapped when their regional trains ceased operations.

Officials said the people were stuck for about eight hours and that staff at the station made sure they were cared for. All the people could resume their travels around 5 am (0300 GMT).

German train operators said they were now operating limited services between the key cities of Berlin, Hamburg, Hanover and Kiel as crews tried to clear trees and make repairs after the storm.

Authorities also reported that local public transportation was returning to normal in Hamburg.

However, there were still disruptions in Berlin. A spokesman for the railways suggested that commuters avoid regional trains.

"The whole network in the region is affected. We have multiple trees on the tracks, damaged overhead power cables and toppled towers," said a Deutsche Bahn spokesman. He said repairs could last throughout Friday.

Meanwhile, a zoo in Berlin said 18 of its flamingos were killed by falling branches.

There were, however, happy moments.

A young seal has been named "Stormy" by Hamburg residents after he was rescued from waters near the northern German port city on Thursday as a violent storm swept the region.

The seal is now recovering from his ordeal in a heated room after passersby alerted authorities to his plight.