Merkel confirms intent to govern with liberal FDP and Greens 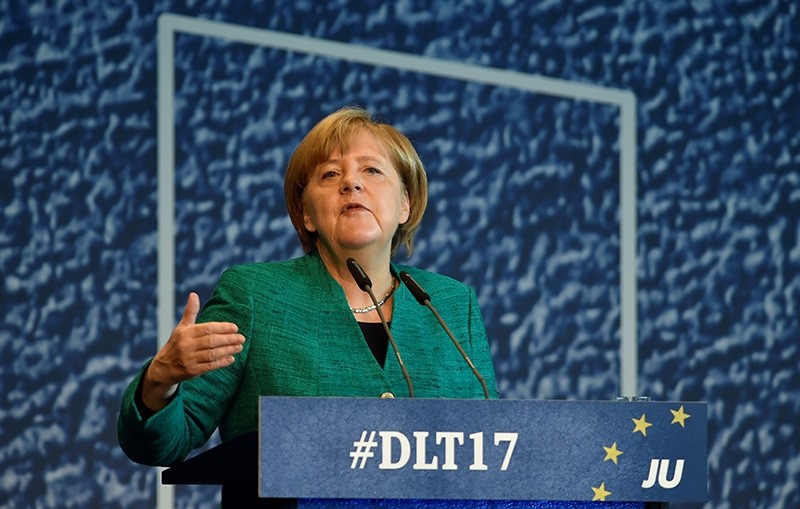 The so-called Jamaica coalition - known as such because the three parties' colors of black, yellow and green correspond with those of the Jamaican flag - is untried at the national level.

Merkel admitted that the negotiations would be difficult, but that the task was to form a reliable government. "I would like this coalition to come into being," she said.

She was addressing a gathering of youth members of her conservative Christian Democrats (CDU) and their Bavarian-based Christian Social Union (CSU) allies in Dresden.

The Jamaica coalition route became Merkel's only option when the Social Democrats (SPD), her CDU's junior partner in the outgoing grand coalition, went into the opposition following a historically low election result of 20.5 per cent.

Merkel cast doubt on the idea that a renewed grand coalition could stop fringe parties from gaining strength, adding that the SPD's ability to counterbalance such groups as the right-wing populist Alternative for Germany (AfD) should not be underestimated.

Merkel also said Saturday that it was time for the CSU and CDU to reach an agreement over a limit on refugee arrivals, an issue that has deeply shaken the two parties' relationship. She promised to find a solution and together put into practice a new electoral mandate.

On Sunday, Merkel and leaders of her Christian Democratic Union (CDU) are due to meet in Berlin with their Bavarian allies the Christian Social Union (CSU) to agree on a joint program for the next four years.

The CDU/CSU bloc scored 33 percent in the September vote, its worst outcome since 1949, while the Social Democrats, her junior partners for eight years, were crushed with just over 20 percent and vowed to go into opposition.

"It is clear that in the near future, the Social Democrats of the SPD are not able to govern at the national level," Merkel said.

However, the election marked a breakthrough for the anti-Islam AfD which won 12.6 percent, while the FDP won 10.7 percent and the Greens 8.9 percent