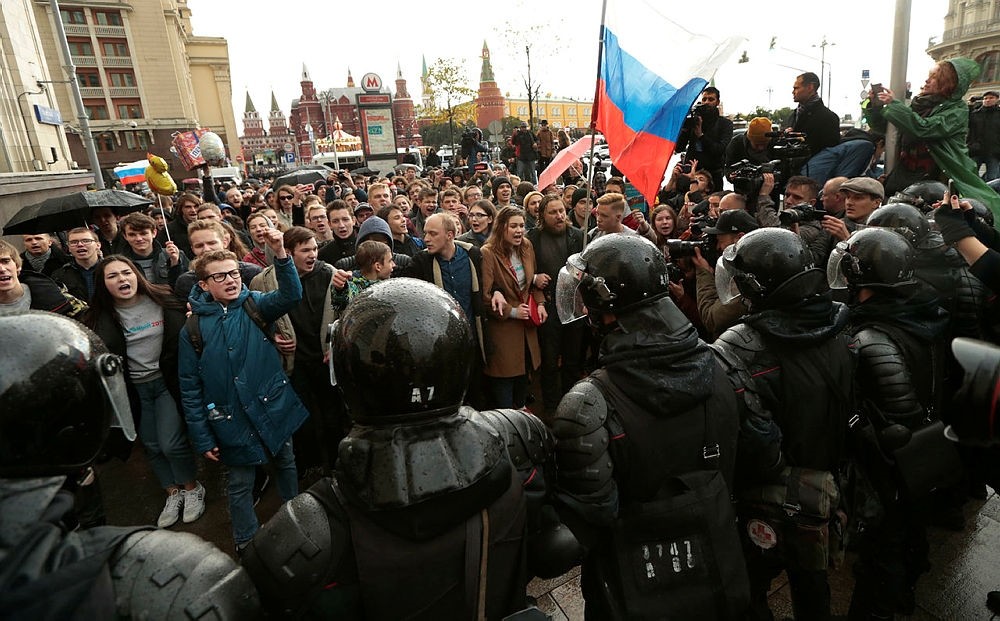 Russian police on Saturday violently broke up an opposition rally in Saint Petersburg and detained more than 60 people protesting against President Vladimir Putin on his birthday, a monitoring group said.

Artyom Platov, spokesman for OVD-Info, a group that monitors politically motivated arrests, said at least 66 had been arrested in Russia's second city and Putin's hometown.

"These are the people we have confirmed data on," he told AFP.

Witnesses said police violently broke up the rally in which some 3,000 people took part, throwing protesters into police vans, injuring several demonstrators and forcing some to run for cover.

That stood in stark contrast with a rally in Moscow where police largely showed restraint and allowed protesters to march in the city centre.

The protests, along with rallies in dozens of other cities, were called by the jailed opposition leader Alexei Navalny to mark Putin's 65th birthday, urge him to quit power and allow the opposition leader to run for president.

A total of 235 people in 25 cities were detained over the course of the day, Platov said.

Navalny has declared his intention to run in a presidential election next March to unseat Putin, although officials say he is not eligible to stand because he is serving a suspended sentence for fraud.

On Monday, he was sentenced to 20 days in jail on charges of repeatedly violating a law on organising public meetings.

Polina Kostyleva, the head of Navalny's campaign headquarters in Saint Petersburg, and several other people were detained even before the rally began.