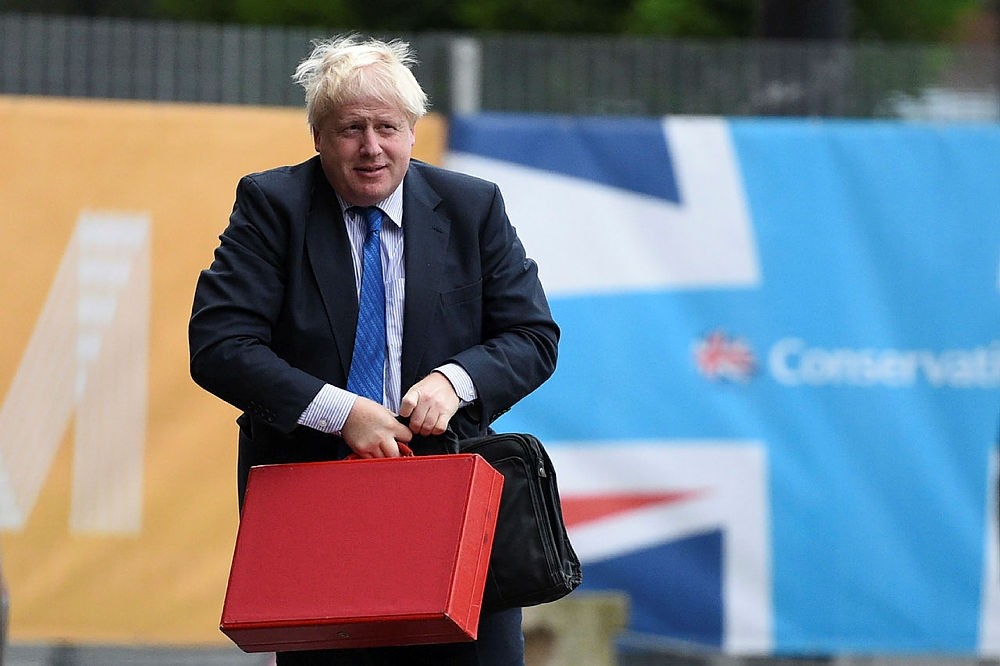 Britain's Foreign Secretary Boris Johnson arrives at the Midland Hotel on the first day of the Conservative Party, in Manchester on October 1, 2017. (AFP Photo)
by Oct 08, 2017 12:00 am

A British Sunday newspaper said Prime Minister Theresa May had signalled in an interview that she might demote Foreign Secretary Boris Johnson, after she faced an open rebellion from within her own party this week.

The Sunday Times said it had asked May what her plans were for Johnson, who has professed loyalty to the British leader but has been accused by some of her allies of undermining her by putting forward his own vision for Britain's exit from the EU.

"It has never been my style to hide from a challenge and I'm not going to start now," it quoted May as replying, in what it called a signal that she was prepared to bring in new ministers to her cabinet and axe those who had caused her problems.

"I'm the PM, and part of my job is to make sure I always have the best people in my cabinet, to make the most of the wealth of talent available to me in the party."

May's Downing Street office declined to comment on the Sunday Times story late on Saturday, saying it had not yet seen the interview.

May has seen her authority over her Conservative Party erode since calling an election for June in which she lost the party's majority in parliament.

Johnson, widely seen as a potential candidate for the Conservative leadership, wrote a newspaper article last month outlining his vision of Britain's exit from the EU just days before May was to give a major speech on the subject.

The party held a conference last week that culminated in a disastrous speech by May, marred by a coughing fit and letters falling off the slogan on the set behind her. Former party chairman Grant Schapps said a group of Conservative lawmakers were plotting to remove May from the party leadership.

Speaking about her conference speech difficulties, May told the Sunday Times: "I am a very determined person. I am not someone who gives up."