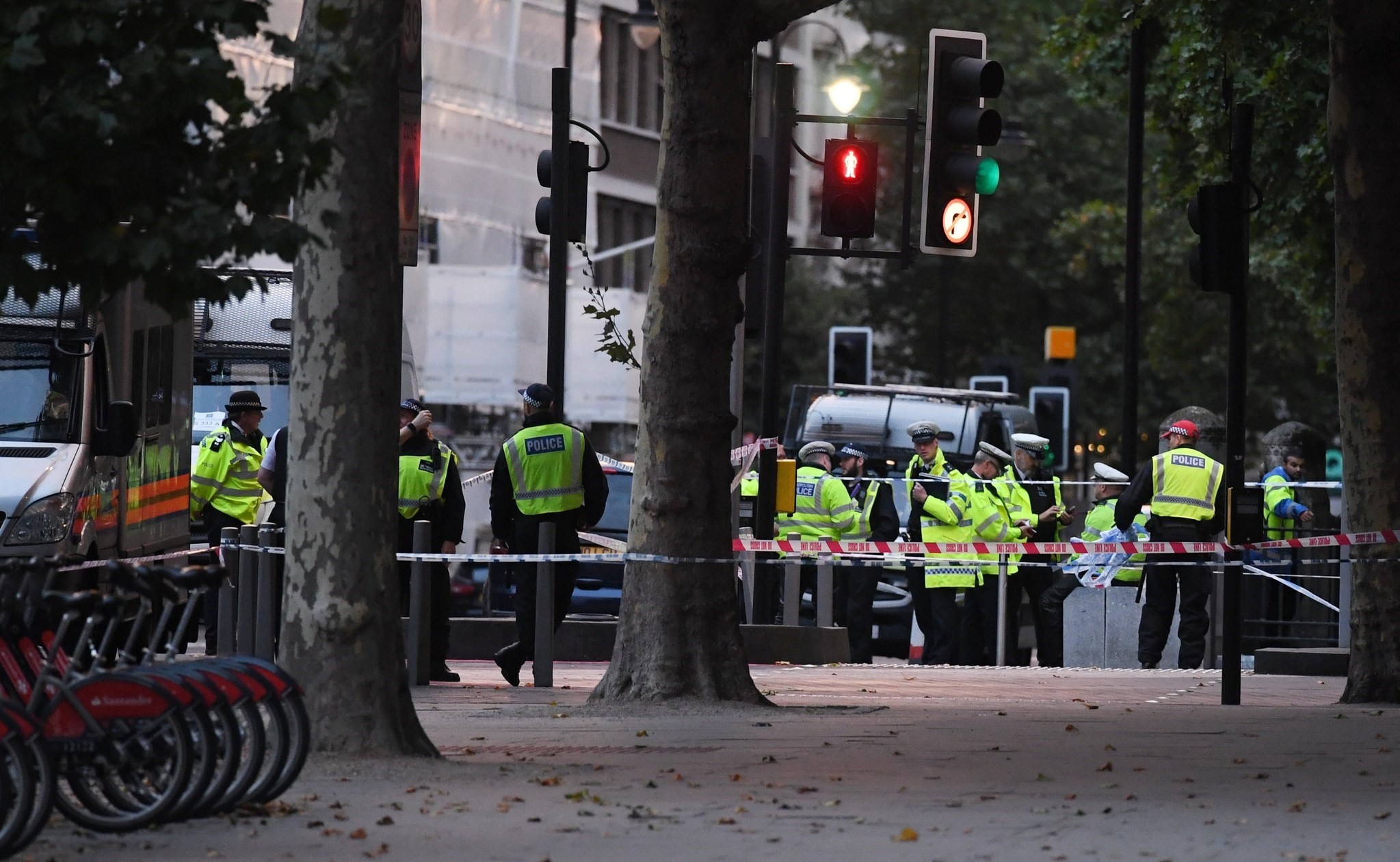 London police on Sunday released a 47-year-old man arrested on suspicion of dangerous driving after a car crash outside the Natural History Museum injured 11 people.

Police said the man was released "under investigation." He has not been charged or identified.

London's "museum row" was open for business as usual Sunday, with the Natural History Museum, Science Museum and Victoria and Albert Museum operating as usual one day after pandemonium broke out after a car struck pedestrians.

The crash Saturday afternoon on Exhibition Road in London's busy museum district was initially feared to be a possible attack similar to incidents earlier this year when extremists in vehicles struck pedestrians on Westminster Bridge and on London Bridge.

The March attack on Westminster Bridge and Parliament and the London Bridge attack in June claimed more than a dozen lives and wounded many more. New barriers have been placed on most major bridges to deter future vehicle assaults.

The concern that a similar attack was in progress outside the Natural History Museum sparked a substantial police response to the car crash, with numerous ambulances sent to the scene along with a hazardous area response team. Shops were evacuated as a precaution and police helicopters buzzed overhead.

Police said after several hours of investigation that it was a road traffic collision not related to terrorism.

Metropolitan Police detective Darren Case said the collision raised fears because of where It occurred and because of the number of pedestrians involved.

"I fully appreciate the concern and alarm this incident caused," he said.

He said none of the head and leg injuries turned out to be serious and that most of the nine people who had been hospitalized have been discharged.

Police are asking witnesses, and anyone with photographs or video of the incident, to get in touch to help the inquiry.

The museum area is a busy traffic zone and in there is sometimes confusion over which streets are open to motorists. Police haven't explained how the crash happened.

Britain's official terrorist threat level is set at "severe" indicating an attack is judged to be highly likely.