UK's May says she is 'resilient' amid threats to leadership 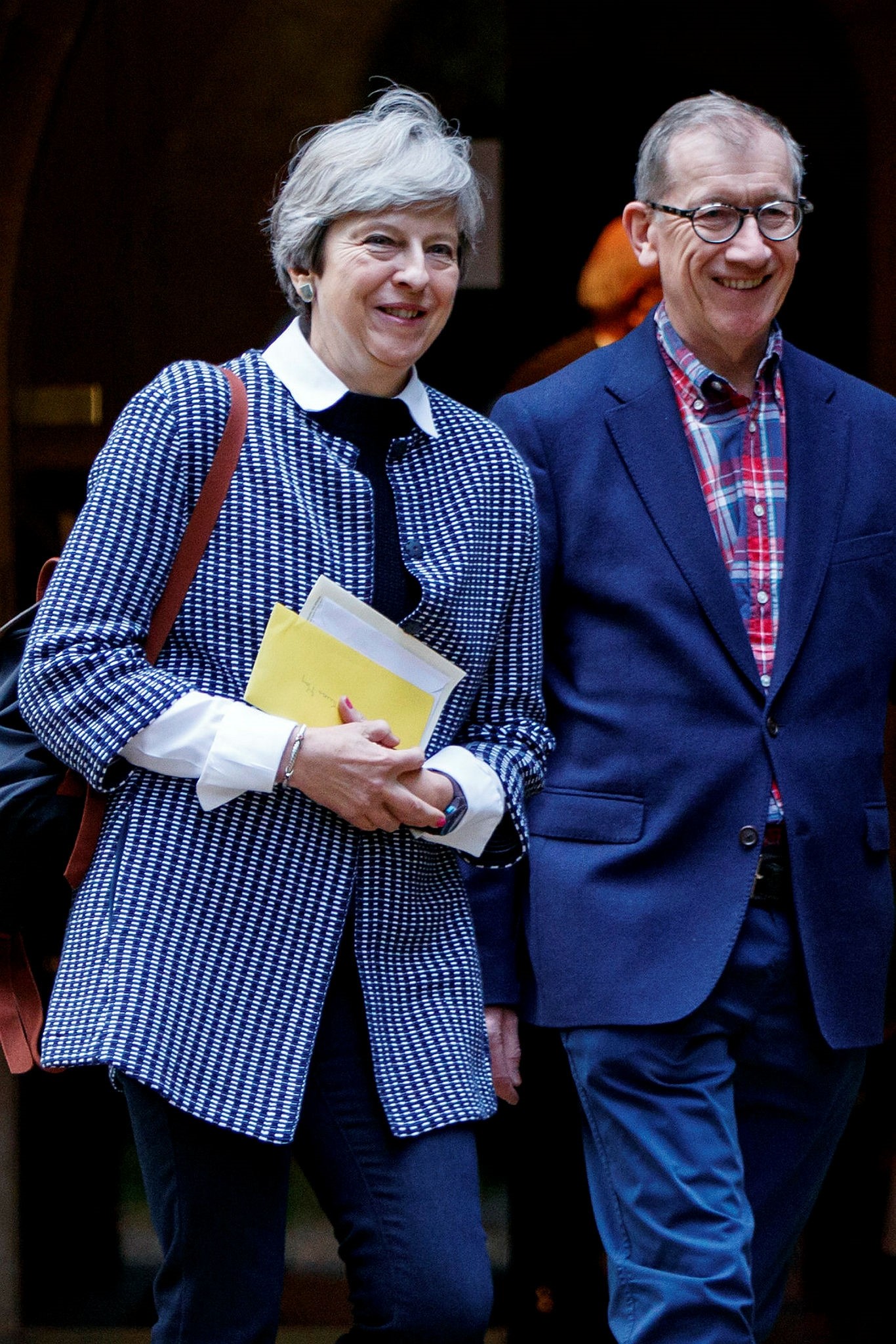 British Prime Minister Theresa May (L) and her husband Philip May leave after attending the Sunday morning service at a church in her Maidenhead constituency in Berkshire, Oct. 8.
by Associated Press Oct 09, 2017 12:00 am

British Prime Minister Theresa May says she is "resilient" despite a difficult speech at the Conservative Party conference and growing threats to her leadership.

She told the Sunday Times she would not hide from a challenge as she fights off a rebellion from some legislators unhappy with her leadership.

"The truth is my feelings can be hurt, like everyone else, but I am pretty resilient," she said.

Former Prime Minister John Major urged Conservative Party members to support May and scolded those who have plotted against her.

"I urge all Conservative (lawmakers) to reflect very carefully on what is at stake," he wrote in the Daily Mail. "The country has had enough of the self-absorbed disloyal behavior we have witnessed for weeks."

Major's comments were viewed by some as a warning to Foreign Secretary Boris Johnson, who while publicly backing May has twice proposed his own policies on the delicate Brexit negotiations over Britain's future relationship with the European Union.

May has endured a difficult stretch, with a disappointing party conference speech followed by a claim by former party chairman Grant Shapps that he had a list of 30 legislators who wanted May to step down.

The immediate rebellion in party ranks seems to have been quelled for the moment, but May has been in a weakened position since her decision to call a snap election in June backfired, costing the Conservative Party its outright majority in Parliament.

Her speech to the annual party conference in Manchester on Wednesday was interrupted by a heckler, marred by a persistent cough and a set that started to fail during her talk when letters fell off a party slogan.

She denied reports that she cried after the speech. "One minute journalists are accusing me of being an ice maiden or a robot, then they claim I'm a weeping woman in dire need of a good night's sleep," she said.

May is reported to be considering a Cabinet shakeup in the coming weeks. Some are pressuring her to demote Johnson from his highly visible post of foreign secretary.