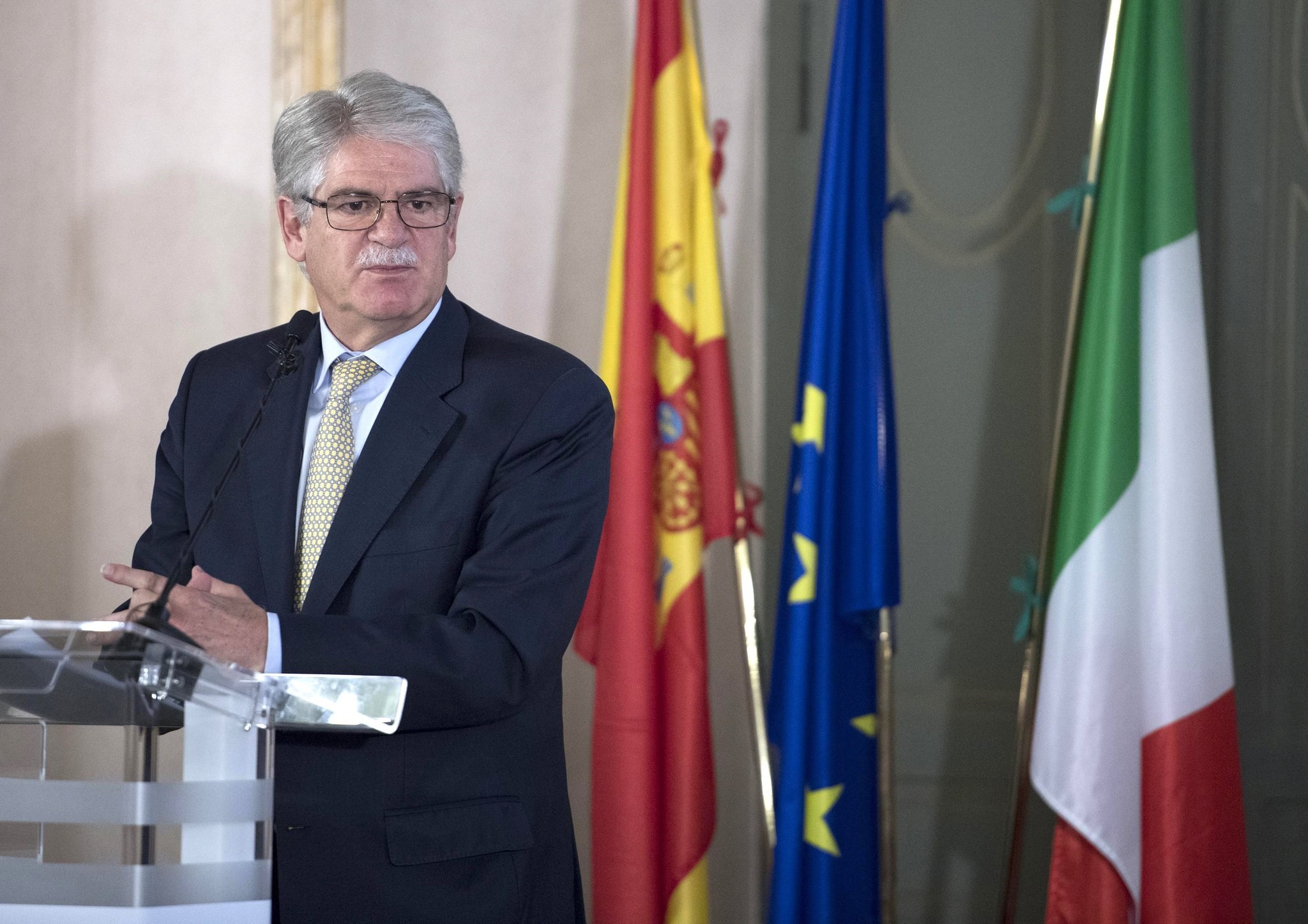 The independence speech made by Catalonia's leader was a "trick", Spanish Foreign Minister Alfonso Dastis said on Wednesday, although he said there was room for negotiations within the frame of Spain's constitution.

Carles Puigdemont's dramatic address to the regional Catalan parliament in Barcelona on Tuesday "was frankly trickery, once more, their ruses in order to have things both ways," Alfonso Dastis told French radio Europe 1.

Puigdemont balked at making a formal declaration of independence from Spain on Tuesday, calling for talks with Madrid over the region's future in a gesture that eased fears of immediate unrest in the heart of the euro zone.

"He's doing what he's always done, going down a path that will lead to situations we don't want to see in Catalonia in terms of economic and social clashes," Dastis said.

"He says they won, presume they have the right to independence after the result of this so-called referendum (on October 1), then asks (Catalan) parliament to suspend the effects of this declaration," he said.

"It's a shocking way to treat their own parliament."

Asked about the possibility of organize another referendum in Catalonia, Dastis said that Spain's constitution does not allow it.

"We cannot accept that a portion of the Catalans decide for the whole of Spain," he said.

Prime Minister Mariano Rajoy has taken a hard line, vowing to use everything in his power to prevent independence and refusing to rule out imposing direct rule over the semi-autonomous Catalan region, which borders France.

Dastis said Madrid has "always said that there are things that can be negotiated within the framework of the constitution."

However, he added, "Catalonia deciding for all (of Spain) is frankly impossible."

Meanwhile Spain's ambassador to France, Fernando Carderera, told French radio RTL that Puigdemont's announcement was tantamount to a "coup d'etat (except that) you don't have scenes of people going into parliament with guns."

As for the suspended independence declaration, Carderera said: "You can't suspend something that doesn't exist.

"Independence is like being pregnant, either you are or you aren't."

France has been outspoken in its support of the Madrid government during the crisis, with President Emmanuel Macron charging Tuesday that the separatists were motivated in part by "economic selfishness".

His European affairs minister, Nathalie Loiseau, said an independent Catalonia would not enjoy international recognition and reiterated Brussels' warning that it would "automatically" be out of the EU.