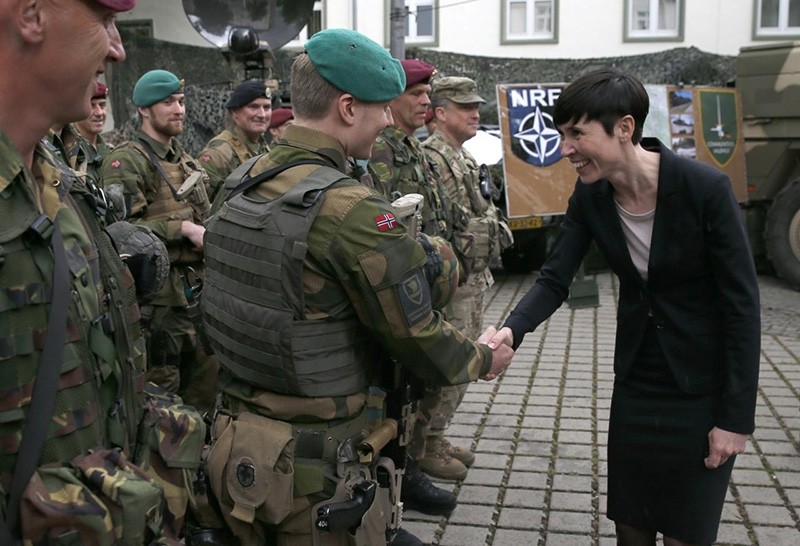 Norway said on Friday it planned to send an armored battalion near its arctic border with Russia and buy more tanks and artillery to respond to growing threats.

Defense Minister Ine Eriksen Soereide did not mention Russia as she described her minority government's defense plan, and said she did not see a specific, current military threat.

But the NATO member and other nearby countries have grown increasingly alarmed about Moscow's ambitions, particularly following its annexation of Ukraine's Crimea region in 2014 and its naval and air force manoeuvres in the region.

"The security situation has become more challenging and less predictable. This has consequences for how we organise the military," Soereide told journalists.

The plan calls for the armored unit - still referred to as a cavalry battalion - to be stationed in the remote Porsanger district, in the far north on the edge of a long fjord leading into the Barents Sea, which also borders Russia.

It also includes more investment in tanks, artillery and long-range precision weapons in the area and other locations further south, together with an extension of the time people have to spend in some national service positions to 16 from 12 months.

"We must be able to defend all parts of our country ... this is a clear signal that we have a particular responsibility in the north," Soereide said.

The Russian embassy in Oslo was not immediately available for comment.

Norway's minority government will need to get support from other parties to get the proposals through parliament, but there is a broad consensus on strengthening defenses in the Arctic north.

In June, Russia said Norway's decision to extend the presence of U.S. Marines on its soil would worsen relations and could escalate tensions on NATO's northern flank.