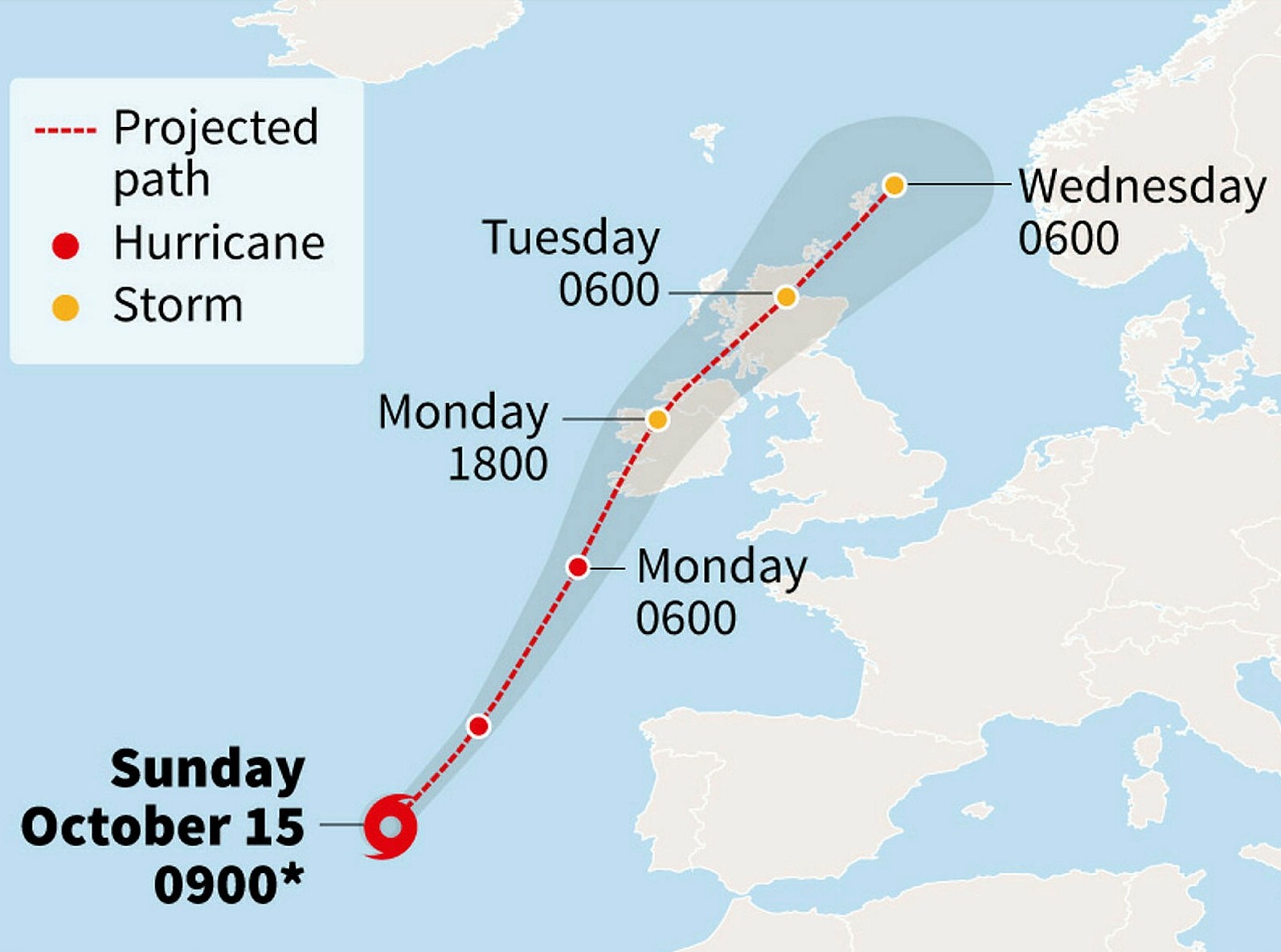 Ireland and Britain were preparing Sunday for the arrival of Hurricane Ophelia, with several of Ireland's counties under the country's highest weather warning.

Eight Irish counties including Cork, Galway and Limerick are under a red alert starting Monday morning until overnight, with schools to remain closed and airports in Dublin and Shannon calling on passengers to check on the status of flights before heading to the airport.

Ophelia is expected to be downgraded to a tropical storm by the time it reaches the Irish coast on Monday, though meteorologists expect wind gusts of more than 130 kilometres per hour (kph).

Weather services in both Ireland and Britain warn of the danger of flying debris, flooding, property damage and electrical outages. Rail and ferry connections could also be interrupted.

The western portion of Ireland as well as northern and western parts of Britain are expected to be the worst hit.

Ophelia, the 10th storm of the season to reach hurricane status in the Atlantic Ocean, has brought memories in Britain of the "Great Storm" of October 16, 1987, that swept over southern England, leaving 18 people dead.

Hurricane Ophelia was a Category 3 storm with maximum sustained winds of 185 kph at 11 pm Saturday (0300 Sunday GMT), the US hurricane agency said.

On Thursday, when Ophelia became a hurricane, the Atlantic season tied a record for the most consecutive storms ever. The last time so many named Atlantic storms in a row became hurricanes was in 1893.

The current hurricane season has seen a series of strong, destructive storms that have wreaked havoc across the Caribbean and in the US states of Texas and Florida.