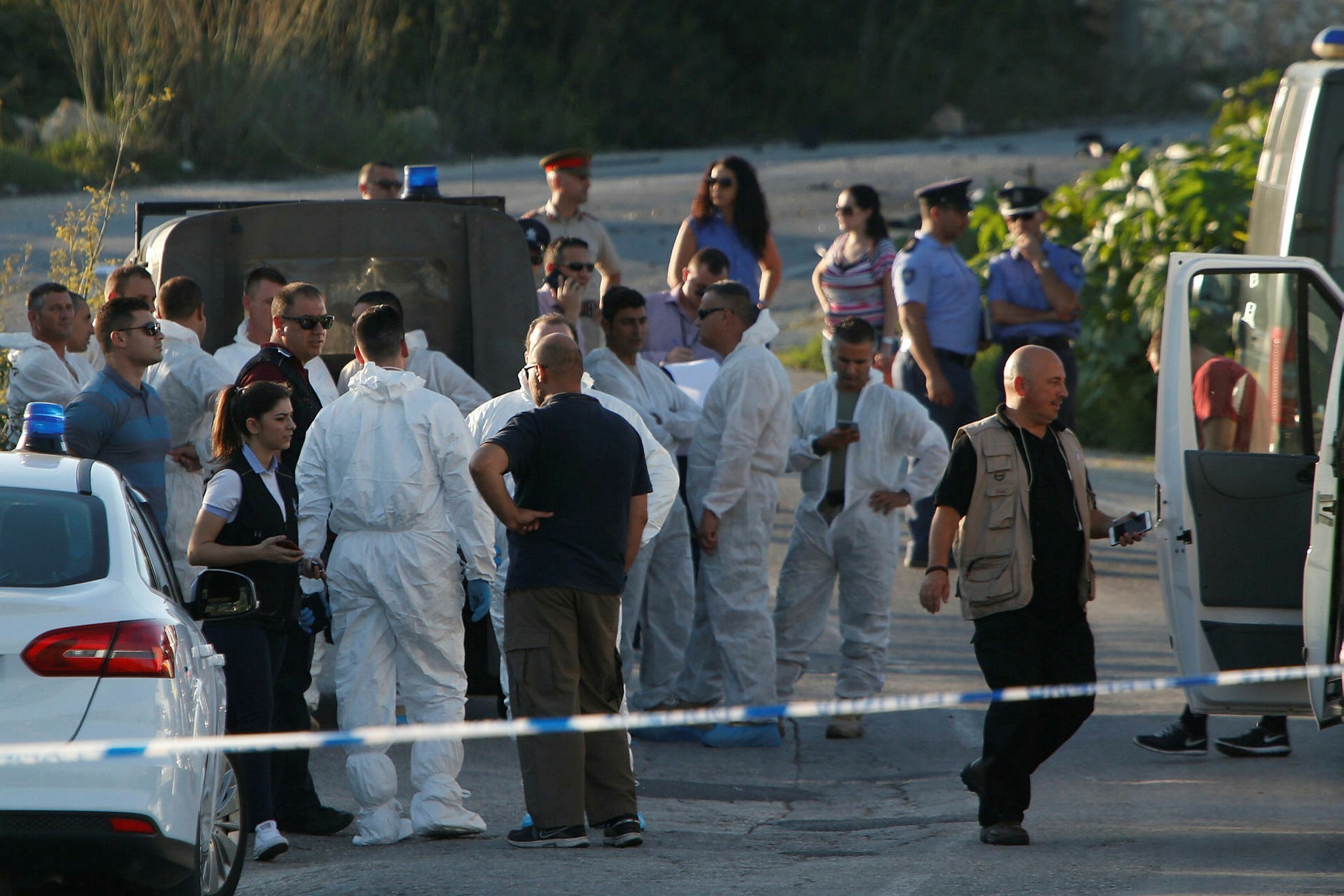 Police and forensics experts stand behind a road block after a powerful bomb blew up a car killing investigative journalist Daphne Caruana Galizia in Bidnija, Malta, October 16, 2017. (Reuters Photo)
by Oct 16, 2017 12:00 am

Daphne Caruana Galizia, a blogger and newspaper columnist, was killed when an explosive device, believed to be a bomb, ripped through her car at 3 pm (1300 GMT).

Police on the scene told the Times of Malta newspaper that they had identified a burnt body in the car as hers.

Caruana Galizia's husband and son were on site as police combed the site after the blast. According to state TV, she had filed a police report 15 days ago, saying she had been threatened.

In a statement to the press, Muscat condemned the "barbaric attack," and said he will not rest until the perpetrators are caught.

"Everyone knows Ms Caruana Galizia was a harsh critic of mine, both politically and personally, but nobody can justify this barbaric act in any way," he said.

He called for national unity, saying "everyone has the right to write and say what they want in this country."

Caruana Galizia caused a stir when she published an article stating that a company mentioned in the Panama Papers leak organized by WikiLeaks belonged to Muscat's wife, a claim the prime minister has called a lie.

The government of Malta had already been caught up in the Panama Papers scandal before Caruana Galizia's article, with documents revealing that energy minister Konrad Mizzi and Muscat's cabinet chief, Keith Schembri, had created their own secret companies in Panama.

Caruana Galizia was described by the media outlet Politico as a "one-woman WikiLeaks, crusading against untransparency and corruption in Malta" when she was named among its list of the 28 people shaping, shaking and stirring Europe in 2017.