Muslims in Athens can't wait for city's only mosque to open 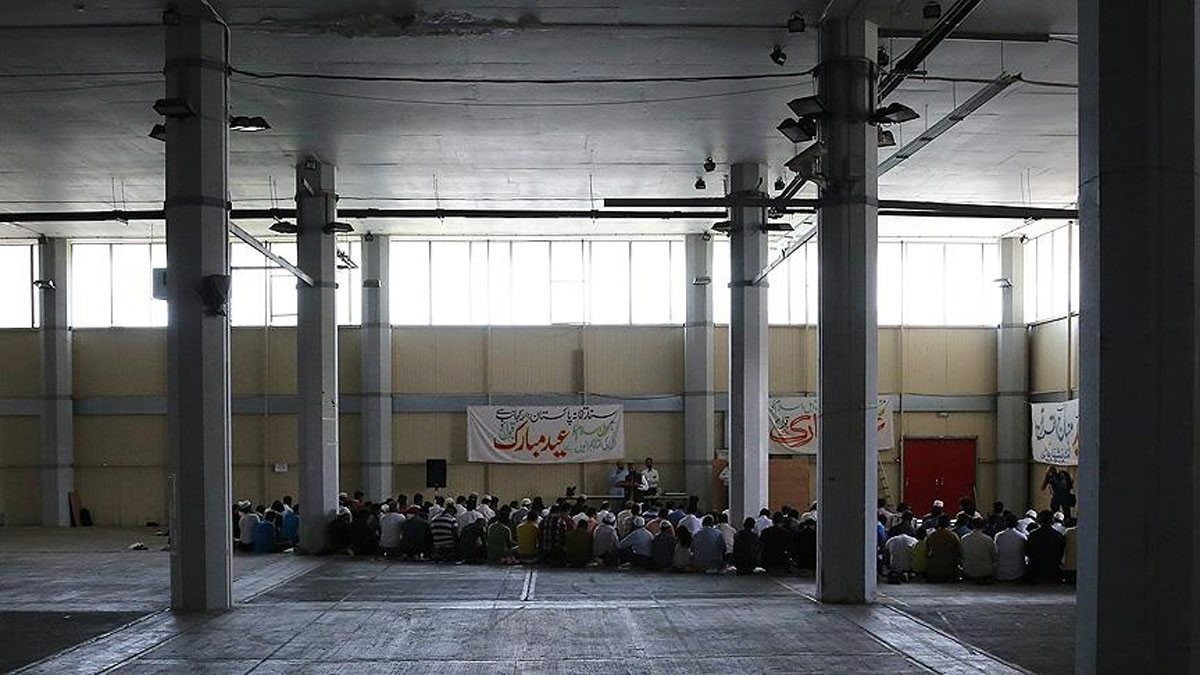 Around half a million Muslims in Athens are forced to pray at makeshift prayer areas.
by Anadolu Agency Oct 16, 2017 12:00 am

Muslims in Athens don't know whether the question of a mosque will be answered, a senior cleric said. He believes the issue will be resolved only when a mosque currently under construction really opens

Decrying how Muslims in Athens have no choice but to pray in unsanitary conditions in basements, a top Muslim cleric from Greece said there is great need for a mosque in the Greek capital. "Greece is the only country in the EU without a mosque in its capital," İbrahim Şerif, head of the Western Thrace Turkish Minority Advisory Board and elected mufti of Komotini (Gümülcine), told Anadolu Agency in an exclusive interview.

There are some half a million Muslims in Athens, Şerif said. "These people are praying in basements and unsanitary places. There is great need for a proper mosque," he stressed.

Şerif said the construction of a mosque is ongoing, but "I won't believe it until I see it open for prayer. I guess it will take many more years to be completed."

The completion of Athens' first official mosque since the 19th century, in the downtown neighborhood of Votanikos, is set for the end of this year, according to plan.

Şerif also said some masjids or smaller mosques in Alexandria, Veroia as well as Thessaloniki and Didimoteicho, Evros were closed down by Greek authorities.

"People there first opened an association and then masjids under the same roof with the association to pray. These masjids were closed."

Şerif said the official reason for the closures was that they lacked proper fire exits, but added that there are no facilities that meet that standard.

Furthermore, Şerif said many Ottoman monuments in Greece are doomed to disappear, including recently collapsed mosques on the southern islands of Rhodes and Kos.

He said that while the Turkish Cooperation and Coordination Agency (TİKA) repairs many Ottoman monuments in the Balkans, they are barred from doing so in Greece.

"For example, Çelebi Mehmet Mosque in Didymoteicho suffered a fire some months ago. It is historically the first mosque in the Balkans. It has now been sitting there for three months in the same condition. I don't know what will happen to it."

Şerif said he hopes this great work of art could be restored with the support of UNESCO or TİKA.

"But Greece doesn't permit this restoration to be done, as I know. And they don't do the repairs themselves, either," he said.

On a brighter note, Şerif expressed his happiness at seeing Hakan Çavuşoğlu, who was born in Gümülcine, Greece, become Turkey's deputy prime minister, saying he recently paid a visit to Turkish capital Ankara to congratulate Çavuşoğlu.

Also speaking to Anadolu Agency, Ozan Ahmetoğlu, head of the Xanthi (Iskece) Turkish Union (ITB), said the group was founded in 1927 and carried out its activities legally until 1983.

But that year, the Greek state filed for a court to close the ITB and two other minority associations that had the word "Turkish" in their name.

"This was a reflection of Greece's denial of the ethnic identity of the minority and their claim that there is no Turkish minority in the Western Thrace," Ahmetoğlu stressed.

He added that a lengthy legal fight followed, and the ITB exhausted domestic remedies in 2005, when the Greek Supreme Civil and Criminal Court ordered its dissolution.

The same year the case was brought to the European Court of Human Rights (ECHR), and in 2008 the court ruled in its favor, Ahmetoğlu said.

For the next nine years, the Council of Europe constantly urged Greece to implement the ECHR ruling, Ahmetoğlu added.

Ahmetoğlu said a bill to correct this situation and similar cases were recently brought to parliament, but after objections by the far-right Independent Greeks (ANEL) party, a small partner of the ruling coalition, the bill was withdrawn.

Last week, the bill was reintroduced but with changes that would on the contrary prevent the reopening or recognition of the ITB, and parliament passed it, he said.

Ahmetoğlu said during debate over the bill, a group calling itself the "High Policing Team" had encouraged harassment and physical attacks against the board of the ITB, including him personally.

Necat Ahmet, head of the Gümülcine Turkish Youth Union (GTGB), also commented on the Greek parliament vote, saying it shows "once again how for Greece the word 'Turkish' is a fearful and wrong word.""

Ahmet added that his group was also targeted for having the word "Turkish" in its name.

Greece's Western Thrace region is home to around 145,000 Muslim Turks.

Turkey has long complained that the Turkish minority in the region has faced various forms of mistreatment.