Portugal struggles to rise from the ashes of its deadliest fire 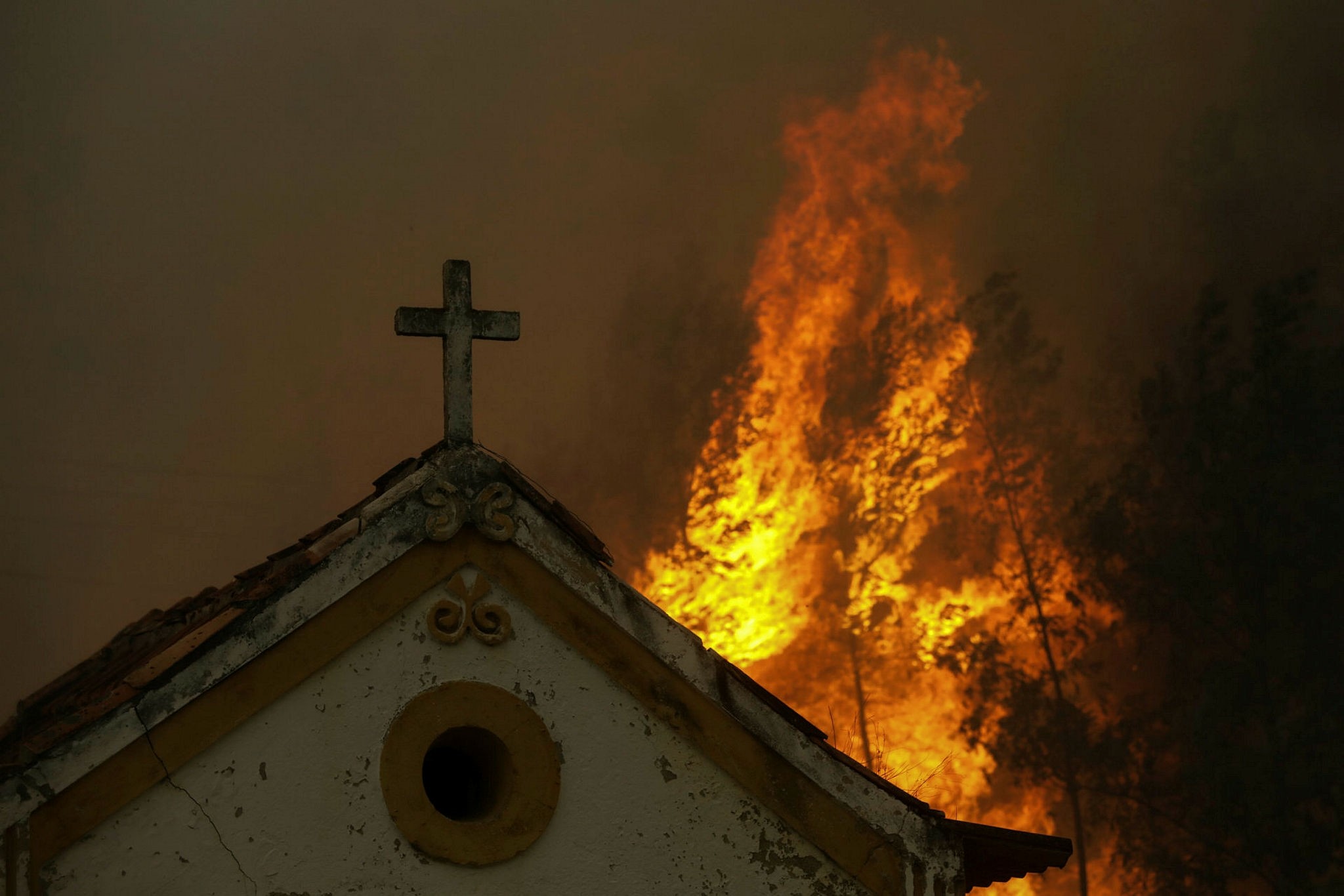 Joaquim Godinho and his wife Edite watch with blank faces and heavy hearts as a bulldozer demolishes the charred remains of their home of nearly 30 years.

"This house represented a lifetime of work, of struggling day and night," Joaquim Godinho, who built the house himself, said.

After the deadliest fire in Portugal's history devastated the central region of Pedrogao Grande, residents are now confronted with the massive task of starting over. 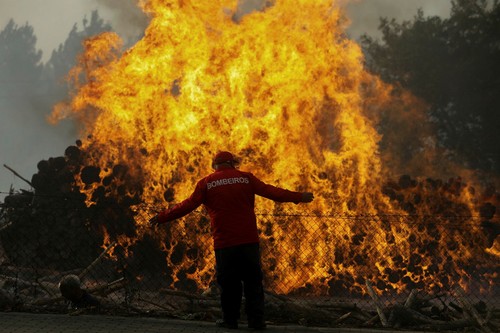 When the fire broke out on June 17, speeding down the hill that overlooks the village of Vale da Nogueira, 54-year-old Godinho tried in vain to save his property.

"It was impossible, I almost stayed there," the unemployed truck driver said, showing burns from the fire on his hands and face.

"We must start all over, move forward... but it's very difficult. We lost everything," said Edite, 53, who was in charge of the couple's modest family farm.

A total of 460 houses in the region were damaged by the fire, including 84 that were gutted beyond repair.

'Roof over our heads'

The ravaged landscape surrounding Vale da Nogueira has changed little since the fire, but fern and eucalyptus shoots have added a touch of green to the grey hills, which bristle with burnt trees. 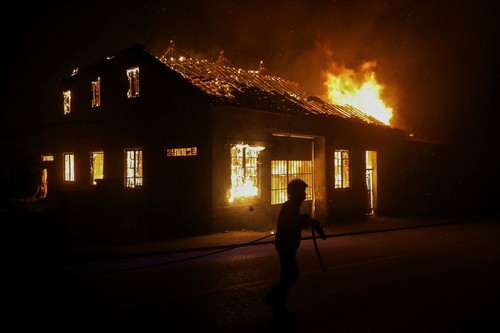 The air is filled with the buzz of chainsaws and rumble of trucks as locals rush to sell the blackened wood before it loses all value.

But despite a wave of solidarity that caused the Portuguese to donate around 10 million euros to the cause, rebuilding projects -- which remain volunteer-driven -- are few.

The Godinhos, along with their 24-year-old son, will be among the first to move into one of two free houses built by a group of Portuguese construction companies.

"At least we will have a roof over our heads, but it will be smaller than before," Edite said.

Forest ranger Vitor Neves, 58, lost his partner and a cousin in the fire after they were trapped inside their car attempting to flee their village in Pobrais.

He said he is as "appalled" today as he was right after the tragedy, accusing Portuguese civil protection authorities of having "badly estimated" how long it would take the fire to spread when it started.

Now busy cutting scorched fruit trees in the village of Vila Facaia, Neves also said he was disappointed by how long public aid took to reach the region.

As for the cause of the fires that strike Portugal every summer, Neves did not hesitate to point a finger at "eucalyptus fever". 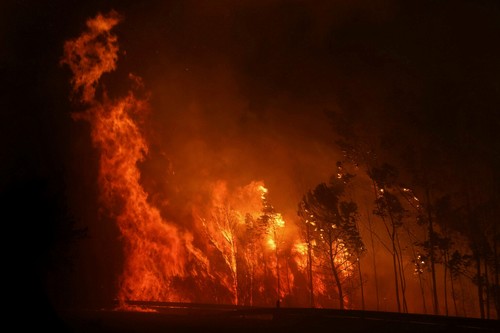 Eucalyptus wood is the raw material the paper industry mainly uses and it has become the most common tree in the country -- but it is also particularly flammable.

After the fire prompted questions about forest management policies, Portugal's parliament adopted a new law in July to reduce the number of eucalyptus groves in the country.

Summer forest fires are increasingly common in Portugal, with 214,000 hectares of vegetation devastated so far in 2017, more than three times the average over the past decade, according to Portugal's Institute for the Conservation of Nature and Forest.

Residents of the tiny village of Ferraria de Sao Joao have decided to take matters into their own hands.

When June's fire came to their hamlet, which is surrounded by eucalyptus trees, their stone homes were encircled by flames -- except for those near a 200-year-old grove of cork oak trees.

So the 38 residents have started cutting down any remaining eucalyptus trees around the village and replacing them with more fire-resistant trees.

"It took this concrete example to convince homeowners to cut down the eucalyptus trees they had planted at the edge of the village for an added source of income," Pedro Pedrosa, a local ecotourism entrepreneur, said.

But Pedrosa said he has little hope the initiative will be replicated across the country. "The fire caused trauma," the 46-year-old said. "But the more time that passes, the less people will be determined to change things."