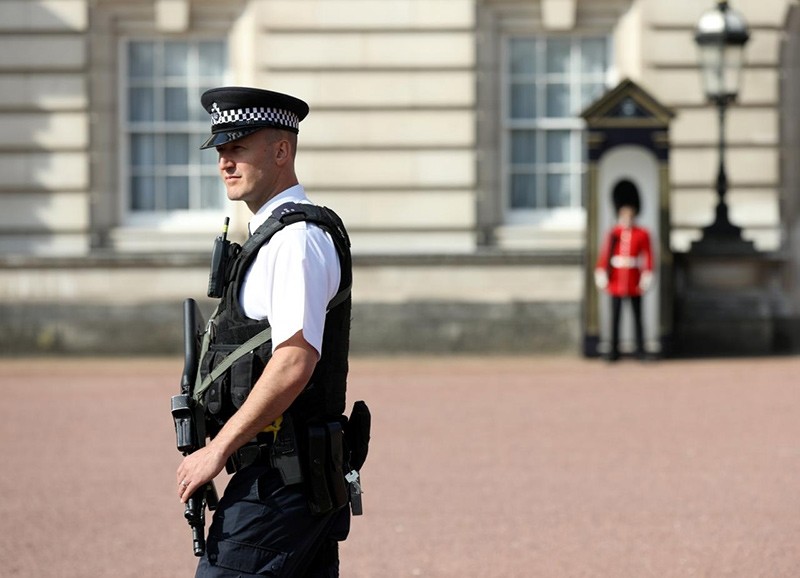 A police officer patrols within the grounds of Buckingham Palace in London, Britain August 26, 2017 (Reuters File Photo)
by Compiled from Wire Services Oct 17, 2017 12:00 am

Hate crimes in Britain surged by the highest amount on record last year, according to Home Office figures released Tuesday, with the vote to leave the European Union a significant factor.

The Home Office (interior ministry) said there were 80,393 offences in 2016/17, a rise of 29 percent from the year before and the largest percentage increase since the figures were first collated five years ago.

While better recording by police was one reason, last June's vote for Brexit which sparked attacks on some eastern European communities, was another significant reason.

"Part of the increase since 2015/16 is due to a genuine increase in hate crime, particularly around the time of the EU referendum," the Home Office report said.

The report also noted that race hate crimes, which made up the vast bulk of all hate crimes, had increased after a man drove a car into pedestrians on Westminster Bridge in London killing four people before stabbing a policeman to death outside parliament.

"The Westminster Bridge attack occurred on the 22 March 2017. Although there were only nine days remaining in March when the attack took place, an increase is still apparent," the report said.

In August, police said hate crimes had spiked in the aftermath of three attacks this year blamed on Daesh terrorists but that the number had decreased quickly in the following days.

There was a further increase in recorded hate crime following the Westminster Bridge terrorist attack on March 22.

"There has been a significant spike in incidents of hate crime and Islamophobic incidents in the aftermath of the London Bridge attack," Khan said.

The number of hate crime incidents recorded by police spiked and reached a record monthly level of 6,000 incidents in June.

Following the EU referendum, this number reached a monthly peak of 5,500 in July 2016.