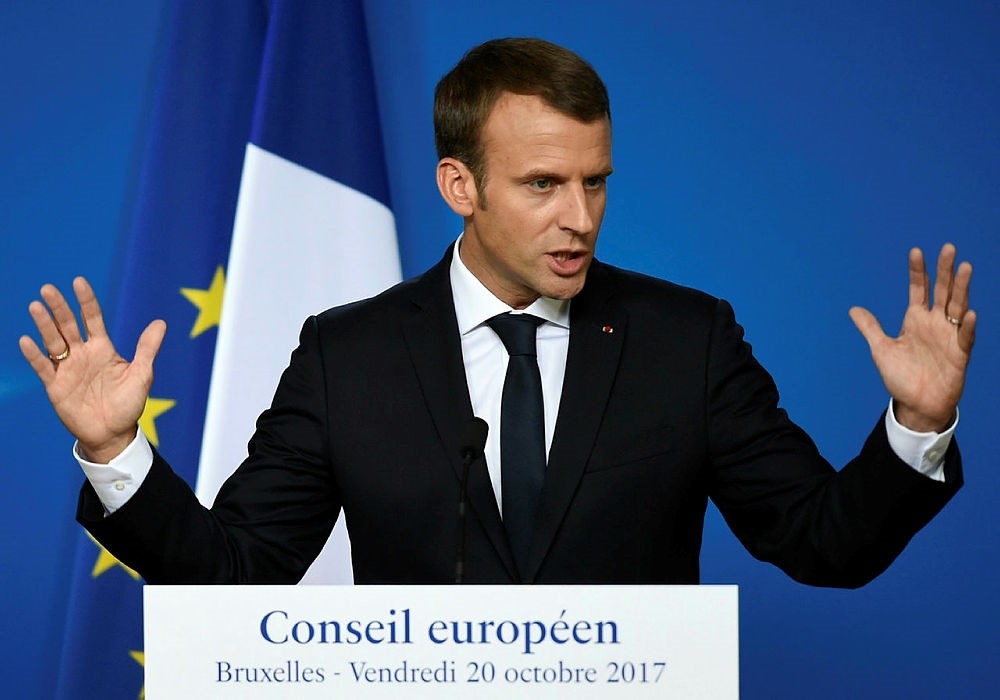 President Emmanuel Macron said on Friday that France's military would continue its fight against Daesh in Syria, but that the fall of the terrorist group's bastion in Raqqa needed to lead to an inclusive political system to restore stability.

"The battle against [Daesh] did not end with the fall of Raqqa and France will maintain its military effort as long as necessary," Macron's office said in a statement. "The challenges of stabilization and reconstruction will not be less than those of the military campaign."

In a declaration formally announcing Raqqa's liberation from Daesh after four months of battles, the Syrian Democratic Forces (SDF), which is predominantly led by the PKK terror group's Syrian affiliate the Democratic Union Party (PYD) and its armed wing People's Protection Units (YPG), said on Friday that Raqqa would be part of a decentralized federal Syria.

France has supplied weapons to the SDF, has special forces operating in the region and has been one of core countries bombing militants as part of the U.S.-led coalition.

The statement also said it was vital that governance in Raqqa respected all communities.

"This principle should apply first and foremost to the city of Raqqa, under conditions that will enable the restoration of normal living conditions, the return of the displaced and refugee populations, and the sustainable return of peace and stability," the statement said.

The fight against Daesh has taken place amid a wider, multi-sided civil war between the Assad regime, who is backed by Iran and Russia, and an array of opposition groups supported by other powers.

"Syria must finally find a way out of the civil war, which has fuelled terrorism since the suppression of the democratic movement by the Bashar al-Assad regime. A negotiated political transition is more necessary than ever," the statement said.