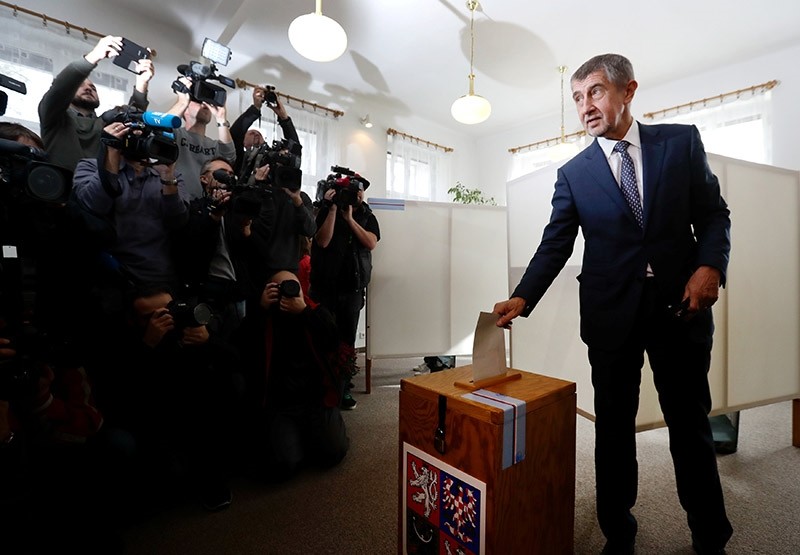 Results from 94.05 percent of polling stations gave ANO 30.8 percent of the vote and also showed a surprise surge for the far-right, anti-EU Freedom and Direct Democracy, which at 10.92 percent narrowly trailed center-right Civic Democrats at 10.97 percent.

Babis, a 63-year-old media magnate who has been dubbed the "Czech Trump" by international media and has drawn comparisons to former Italian premier Silvio Berlusconi, ran a campaign on opposition to refugee immigration and against closer European Union integration.

The right-wing Freedom and Direct Democracy (SPD) of Japanese-Czech businessman Tomio Okamura, 45, came in second at 11.6 percent of the vote. His previous party, the Dawn of Freedom and Democracy, had won 6.9 percent four years ago.

The Social Democratic CSSD, the winner of the 2013 election, dropped from 20.5 percent to 7.9 percent of the vote.

The Czech parliamentary election was spread over Friday afternoon and evening, and into Saturday morning and early afternoon.

There are no exit polls or projections based on a sample, only the raw count of ballots, set to continue into the evening, gradually shaping the result.

A record 31 different parties with 7,500 candidates are competing for 200 seats in the country's lower chamber of parliament, the more powerful of the legislature's two bodies.

President Milos Zeman already said that he would hand the mandate to form the government to the party with the most votes.

The outgoing Czech government of Bohuslav Sobotka comprises CSSD, ANO and the Christian Democrats (KDU-CSL). Sobotka, 45, the CSSD leader, has decided against running again due to personal reasons.