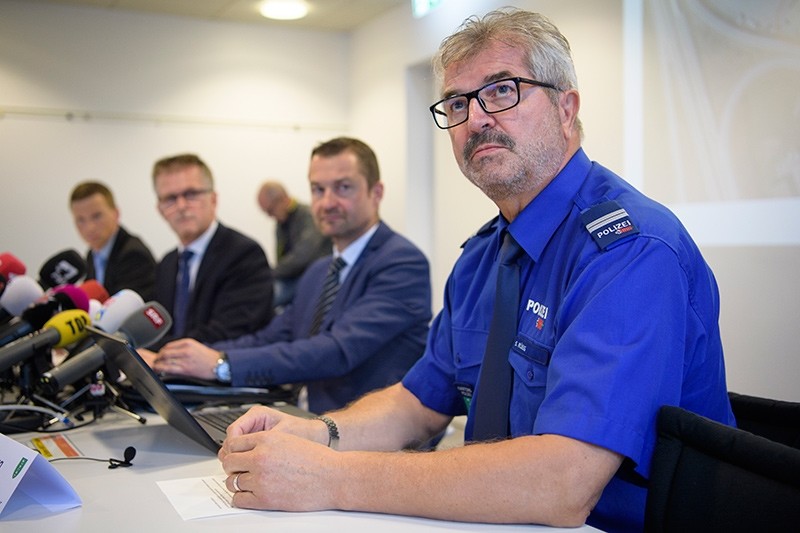 A teenager armed with an ax injured several people in a rampage in Switzerland before being shot and arrested, police said, describing the incident as unrelated to terrorism.

Officials said concerns about the suspected assailant, a 17-year-old Latvian boy who was arrested about an hour after the attack started on Sunday evening in the northeastern town of Flums, had previously been reported to authorities. They had concluded that he didn't pose a serious risk.

Their eight-month-old baby fell out of a pram but wasn't attacked. Passers-by tried to intervene and were themselves hurt.

The attacker stole a car, which he crashed, then continued on foot. He attacked two people in their cars outside a gas station before police shot at, Tasered and arrested the suspect.

The 17-year-old arrived in Switzerland in mid-2013, prosecutor Stephan Ramseyer said. He was in an apprenticeship and was legally resident in Switzerland.

Earlier this year, local authorities were twice tipped off to "conspicuous behavior" by the youth, Ramseyer said.

His vocational school reported that he had allegedly talked about violence. Local officials assessed the boy and determined that he had made "no substantive threats" and didn't pose "any acute danger," he added.

The violent fantasies "could be connected with this act, which could point to a personality disorder," Ramseyer said.

He added, however, that officials haven't yet questioned the suspect. Authorities plan to seek his detention on suspicion of attempted homicide.

Police said shortly after the attack that there was no indication of any terrorist motive.

He spent a day on the run before police arrested him more than 30 kilometers away from the site of the attack in Schaffhausen, northern Switzerland.