Freed Crimean Tatar leaders fly back to Ukraine, vow to return to peninsula 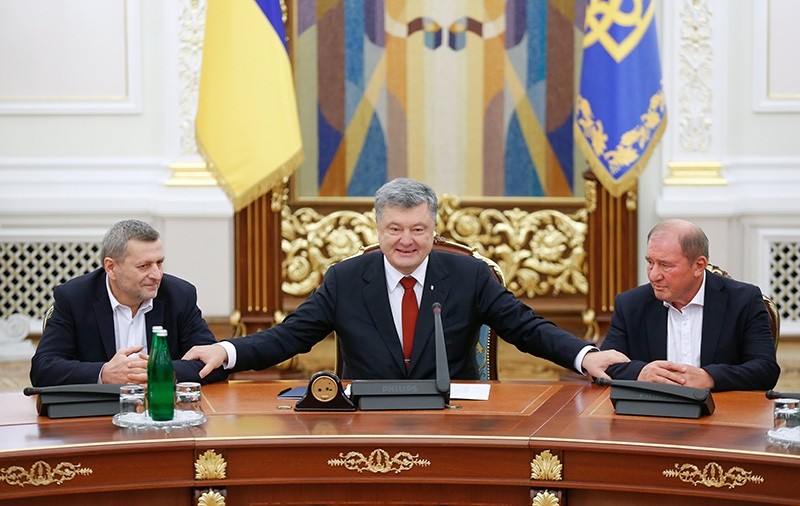 Two Crimean Tatar activists sentenced for their political activities by Russian authorities in the annexed peninsula arrived in Ukraine Friday after being released thanks to an apparent deal brokered by Turkey.

Ilmi Umerov and Akhtem Chiygoz met Ukrainian President Petro Poroshenko after their flight from Ankara, the Kiev ally to which they had flown from Crimea upon their unexpected release Wednesday.

The men are two of the Crimean Tatars' most high profile community leaders and have irked Moscow by opposing the Black Sea region's seizure from Ukraine in March 2014.

The Crimean Tatars are a Turkic-speaking Muslim people native to Crimea who were deported under Soviet dictator Josef Stalin and only returned to their homeland in the 1990s.

Umerov and Chiygoz both vowed to return to Crimea in the future after being given a rapturous welcome by their supporters at the Kiev airport.

"I am definitely going home to Crimea, no matter what awaits me there," Umerov told reporters upon his arrival.

"No one gave me any terms or conditions upon my release," he said.

Chiygoz added that he did not see himself as a free man because the Crimean Tatars still remained under Russian rule.

"This is not freedom," the 60-year-old said in a quiet voice. "We will not be free until every person [jailed in Crimea] is released."

Chiygoz was sentenced in September to eight years in prison over deadly clashes at a rally.

Umerov received two years in a penal colony on charges of separatism but was allowed to remain at home pending an appeal. He suffers from Parkinson's disease and diabetes as well as other conditions.

Neither man explained what exactly prompted Russian President Vladimir Putin to sign off on their handover to the Turkish authorities.

Mustafa Dzhemilev, the respected spiritual leader of the Crimean Tatar community, told the French Press Agency he had asked Turkish leader Recep Tayyip Erdoğan to call for the activists' release in talks with Putin.

The two men also thanked Poroshenko for playing an instrumental role in their release. Erdoğan met Poroshenko in Kiev earlier this month.

The Turkish leader has tried to preserve good relations with both Russia and Ukraine and has slowly begun to assume the role of mediator between the two countries.

Crimean Tatars are traditionally pro-Ukrainian. Since the annexation, they have been subjected to intimidation, house searches and arbitrary detention, rights groups say.

Moscow says the overwhelming majority of Crimeans voted to join Russia in a proper and fair referendum.