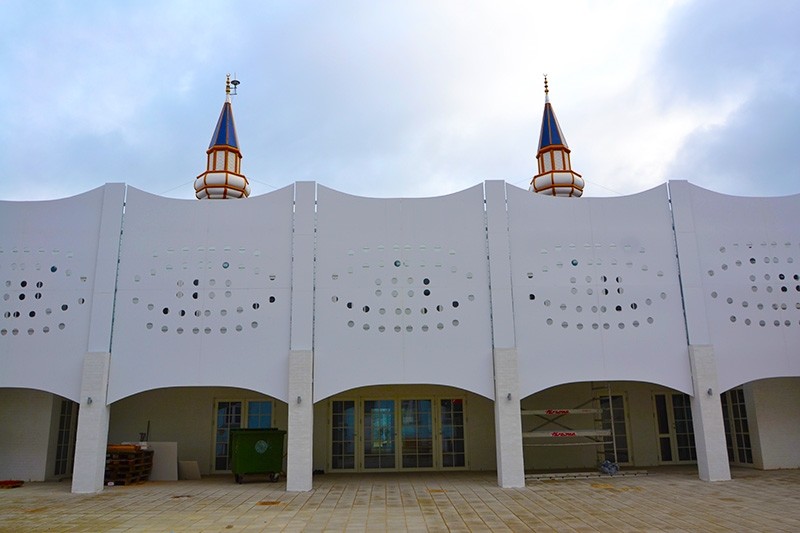 Construction of a Danish mosque which was backed by a local bishop and mayor could be concluded in early 2018, despite protests and stunts from anti-Islam campaigners.

Roskilde - a city 30 kilometers (18 miles) west of Copenhagen and home to nearly 50,000 people - will be the site of the country's newest place of worship for the Muslim community, Tuncay Yılmaz, head of the mosque's non-profit association, told Anadolu Agency on Wednesday.

Yılmaz said its construction, which began in February 2016 with the participation of Roskilde Mayor Joy Mogensen and Bishop Peter Fischer-Moller, would end in February next year.

The nearly 1,000 capacity mosque - to be named Hagia Sophia - became the focus of some stunts by some right-wing activists.

Stating that its construction plan had been approved by the municipal council, Yılmaz said the protestors claimed that adhan - the Islamic call to prayer - could be broadcast from the mosque's minarets in future.

"But we have no such idea," Yılmaz said.

Local bylaws do not allow adhan to be broadcast from minarets.

Some protesters belonging to anti-Islamic organizations - such as Stop Islamisation of Denmark, founded in 2005 - later targeted Roskilde's mayor and bishop.

Activists played a loud recording of the adhan in front of Mogensen and Moller's residences in the early hours in July. A service being conducted by the bishop in a local cathedral was also disrupted by a similar protest in August.