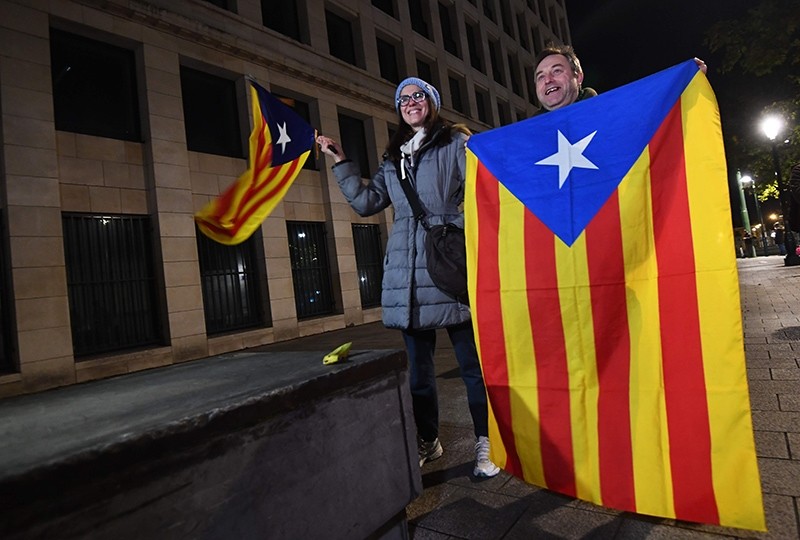 Two-hundred Catalonian mayors are scheduled to pay a single day visit to Brussels on Tuesday to explain the crisis from their perspective, Catalonian media reported after the release of ousted Catalan president Carles Puigdemont. The decision was reportedly made on Friday, when a Spanish judge issued a European Arrest Warrant for Puigdemont and four of his ministers.

The group is part of hundreds of mayors who want an independent Catalonia, and some were also present in Catalan parliament when voting for independence was held. According to Catalunya Radio, more mayors wanted to go to Brussels but there were not enough available flights.

Simultaneously, a delegation of anti-independence Catalan business leaders will also be visiting Brussels on the same day. They will hold a press conference together with some members of European Parliament.

Puigdemont and four of his associates turned themselves in to Belgian police early Sunday morning following Spain's issuing of an arrest warrant. A Brussels judge released all five late Sunday on condition they stay in Belgium and attend court sessions. Belgian authorities are meanwhile considering Spain's request to send him home.

The five fled to Belgium after Spanish authorities fired them on Oct. 28 for seeking secession for Catalonia.

Nine other deposed Cabinet members in that same rebellion case were sent to jail in Madrid, eight of them without bail, while the judge's investigation continues.