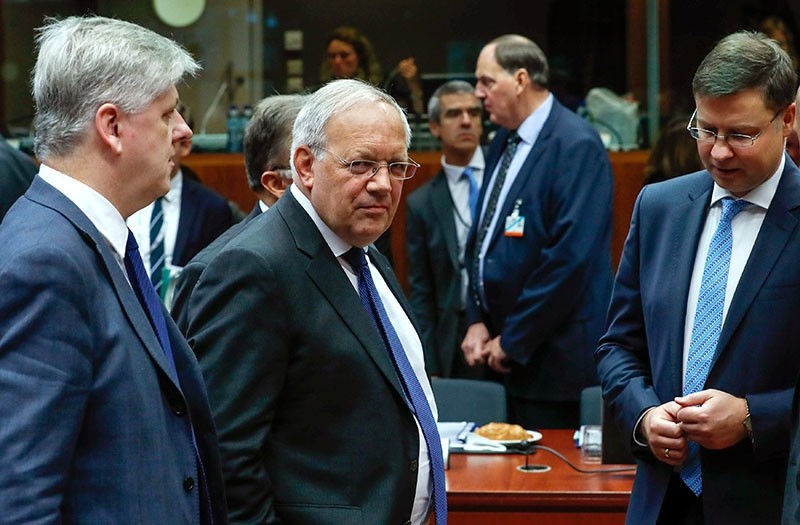 The EU pushed Tuesday for Europe to draw up a blacklist of tax havens after the "Paradise Papers" revealed loopholes used by Apple and Nike as well as celebrities such as Formula One champion Lewis Hamilton.

While seeking to minimize taxes is not necessarily illegal, revelations from the 13.4 million leaked documents, released since the weekend through international media, have already proved embarrassing to figures as diverse as U2 singer Bono and Queen Elizabeth II.

The leaks – which add to revelations about how the global elite manage their money from the Panama Papers and LuxLeaks scandal – were center-stage at a meeting of EU finance ministers Tuesday in Brussels.

The EU move follows similar efforts, notably by the Organization of Economic Cooperation and Development, which maintains a list of "uncooperative tax havens."

EU countries have struggled for over a year to finalize a list of non-EU tax havens, with low-tax smaller nations such as Ireland, Malta and Luxembourg reluctant to scare companies away.

But EU Economic Affairs Commissioner Pierre Moscovici, who is leading the blacklist effort, said Tuesday he wants it in place by the end of the year.

"It is important that this list comes out," he said. "It must be credible and up to the challenge."

Sources said EU officials have warned about 60 countries that their tax policies may be at risk of blacklisting, demanding further information before November 18.

U.S. tech giant Apple is the latest company to become embroiled in the leak, with the documents exposing how the iPhone maker shifted profits from one haven to another to minimize taxes.

Apple, who says the move didn't save it money, used offshore law firm Appleby to move tens of billions of dollars from low-tax Ireland to Britain's Channel Islands when Dublin began tightening its tax laws in 2015, according to documents cited by the New York Times and BBC.

Nike, which says it acted legally, managed to save taxes by using an offshore subsidiary which charged royalties to the company's European subsidiaries, the report said.

The cabinet member's ties to Russian entities raise questions over potential conflicts of interest, and whether they undermine sanctions on Moscow over the war in Ukraine, though Ross and Russian politicians deny any wrongdoing.

They have since been shared with the U.S.-based International Consortium of Investigative Journalists (ICIJ) and other media.