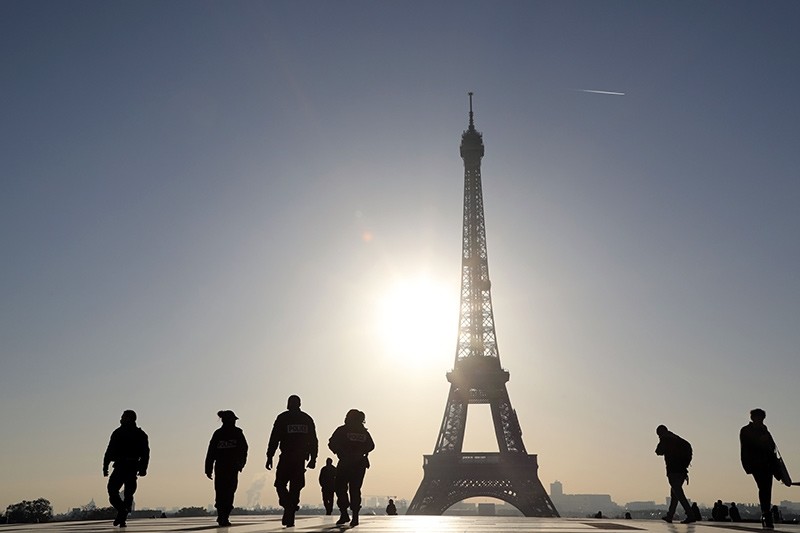 French police officers (L) patrol across the Trocadero plaza opposite the Eiffel Tower, at sunrise on November 7, 2017 in Paris (AFP Photo)
by Associated Press
Nov 07, 2017 12:00 am

A French security official says several people suspected of preparing a possible terror attack have been arrested in a counter-terrorism operation in the Paris suburbs and in southeastern France.

The official says that the arrests Tuesday were prompted by suspicious activity on social networks that suggested an attack was in the works. The official, who was not authorized to be publicly named discussing security operations, would not provide further details.

The operation is still underway in the Val-de-Marne region just southeast of Paris and in the Alpes-Maritimes region, which includes part of the French Riviera and the Alps.

It comes days after a new counter-terrorism law came into effect to replace the state of emergency that had been in place since deadly attacks in Paris two years ago.