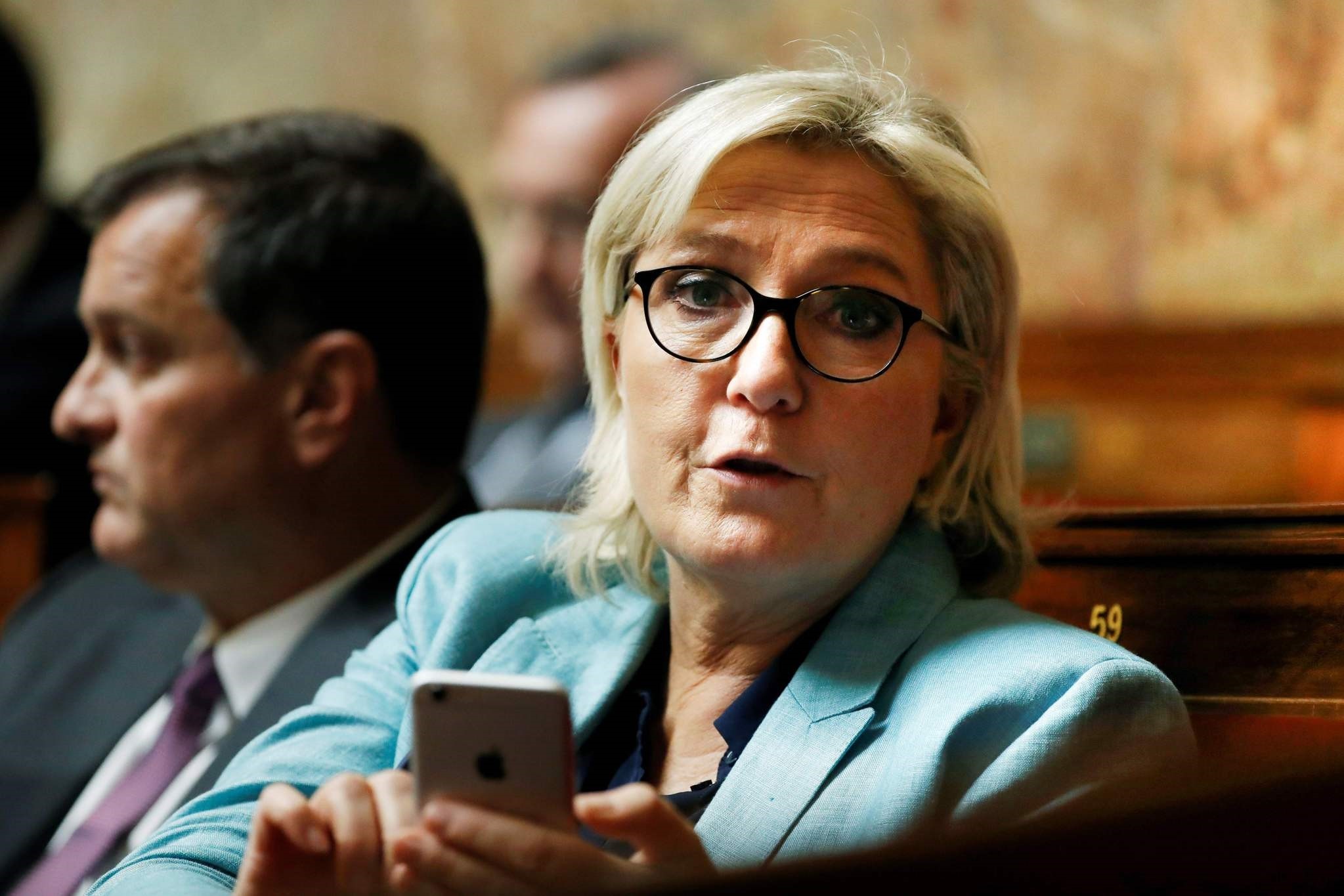 This file photo taken on Oct. 17, 2017 shows FN party leader Le Pen holding her mobile phone as she attends a session of questions to the government at the French National Assembly. (AFP Photo)
by Compiled from Wire Services
Nov 08, 2017 12:00 am

European lawmakers had made a similar move back in March regarding the same issue.

The decision was taken by a cross-party committee in charge of the internal functioning of the assembly, after a request from the authorities to lift Le Pen's parliamentary immunity over a crime that carries up to three years in prison.

The leader of the National Front, who ran a failed campaign for president this year, in 2015 tweeted three pictures of Daesh atrocities, including one of James Foley, an American journalist beheaded by the extremists.

"Daesh is THIS!" she wrote in a post accompanying the photos.

Faced with outrage on social media and from Foley's family, Le Pen later deleted the picture of the American, saying she had been unaware he was the man in the picture.

French authorities launched an investigation into the incident but could not press charges while Le Pen had protection from prosecution.

At the time Le Pen was a member of the European Parliament.

That assembly voted in March to lift her immunity over the pictures but three months later she won it back after being elected to the French parliament.

Under French law, one can face up to five years in prison and receive a €75,000 ($79,000) fine if convicted on charges of distributing violent images.

Wednesday's decision of the 22-member Assembly committee is the latest blow to the 49-year-old politician, who has appeared adrift since suffering a sound defeat at the hands of Emmanuel Macron in May's presidential runoff.

After proving a formidable opponent, Le Pen lost to Macron with 33.9 percent to his 66.1 percent of the vote after floundering badly in a final TV debate between the pair.

The party also fared badly in June parliamentary elections, taking just eight seats out of 577 -- too few to have much of an impact on lawmaking.

In September, tensions between rival party factions -- one led by anti-immigration hardliners, the other by anti-EU nationalists -- burst into the open with the resignation of Le Pen's right-hand man Florian Philippot.

Philippot devised Le Pen's strategy of detoxifying the FN brand and her unpopular promise to pull France out of the eurozone if elected president.