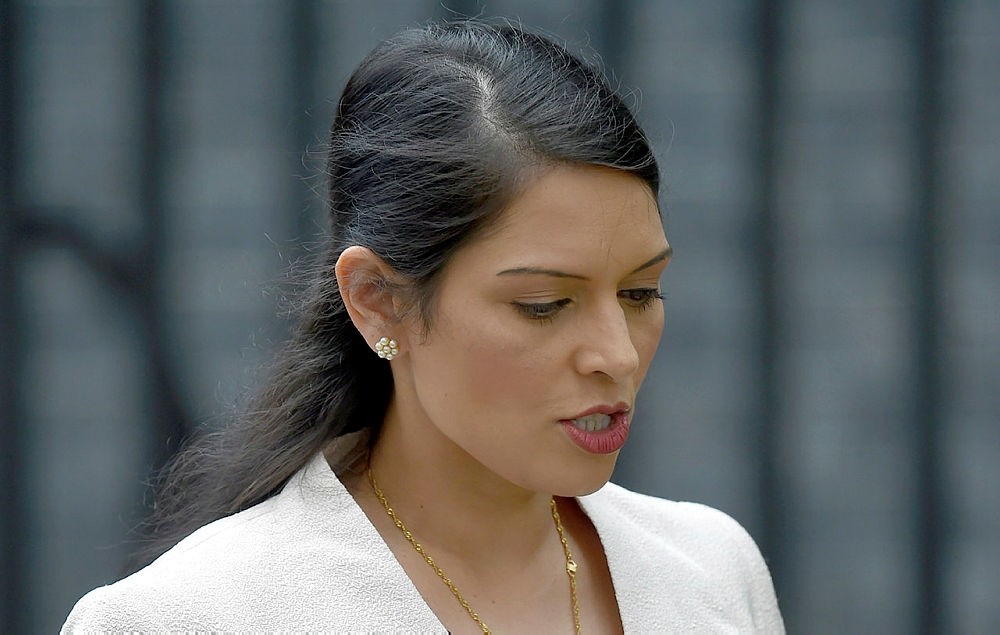 Priti Patel resigned after being ordered back from a trip to east Africa and summoned to 10 Downing St. by Prime Minister Theresa May. If she had not quit, she would almost certainly have been fired.

In her resignation letter, Patel said her conduct "fell below the high standards that are expected of a secretary of state."

May replied that it was right Patel had decided to quit "and adhere to the high standards of transparency and openness that you have advocated."

Patel said earlier that her meetings in Israel — arranged by Stuart Polak, honorary president of the group Conservative Friends of Israel — stemmed from her "enthusiasm to engage." But critics accused her of breaching ministers' code of conduct and making a major diplomatic gaffe in a region of high political sensitivity.

Earlier this week, Patel was reprimanded over a series of 12 meetings with Netanyahu and other officials in August, which was not discussed with the U.K. Foreign Office in advance.

Two more meetings with Israeli officials in September, at which U.K. government representatives were not present, could see Patel dismissed from the job.

Israeli Public Security Minister Gilad Erdan tweeted about a meeting he had with Patel in the British parliament on Sept. 7, describing it as "wonderful".

Patel then met an Israeli foreign office minister in New York on Sept. 18.

In a statement on Monday, Patel apologized for the August contacts and said: "This summer I traveled to Israel, on a family holiday paid for myself.

"While away I had the opportunity to meet a number of people and organizations. I am publishing a list of who I met.‎ The Foreign and Commonwealth Office was aware of my visit while it was underway‎.

"In hindsight, I can see how my enthusiasm to engage in this way could be misread, and how meetings were set up and reported in a way which did not accord with the usual procedures. I am sorry for this and I apologize for it."

Local media this week reported comments from a Downing Street spokesman who said Patel had discussed the possibility of using British taxpayers' money to support a hospital run by the Israeli military in the Golan Heights for Syrian refugees.

Patel told May that she discussed the possibility of British aid being used to support medical assistance for Syrian refugees arriving in the Israeli-occupied Golan Heights, according to Downing Street.

Reports suggest however that she did not explain that this involved supplying funding to the Israeli army, which has facilitated the treatment of more than 3,100 wounded refugees in Israeli hospitals since 2013.

Britain's official position is that funding the Israeli Defence Forces in Golan Heights is "not appropriate", because it views the Golan Heights as occupied territory, a minister confirmed in parliament.

At all but one of the meetings, Patel was accompanied by lobbyist Lord Polak, a leading member of Conservative Friends of Israel, The Guardian newspaper reported.

The revelations came in the same week that Foreign Secretary Boris Johnson faced stinging criticism of his remarks about a British-Iranian woman jailed in Iran.

Nazanin Zaghari-Ratcliffe was detained in Tehran last year and faced charges of trying to overthrow the Iranian government. She is now serving a five-year jail term but the sentence could be increased if she is convicted on additional charges.