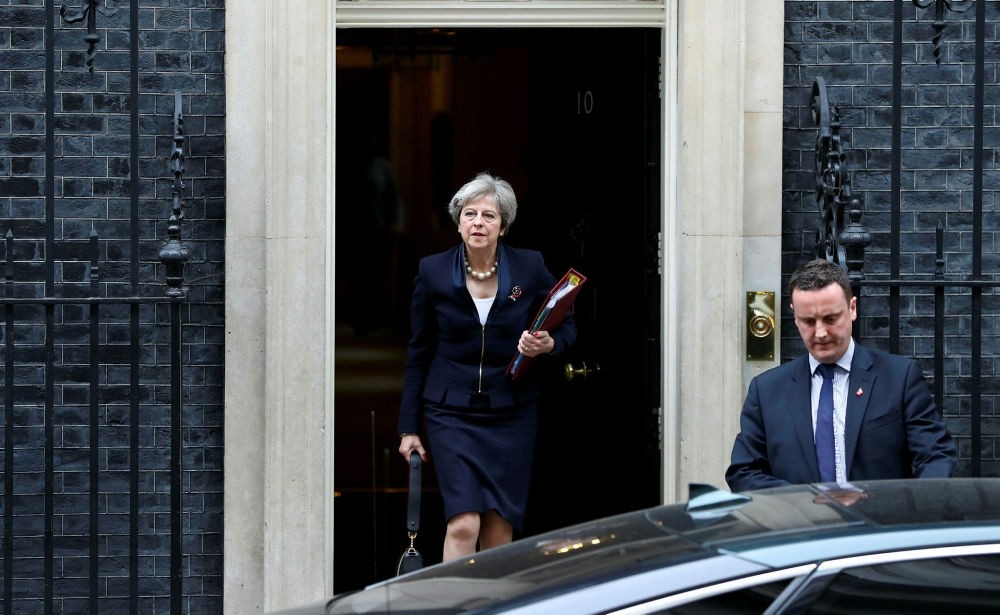 British Prime Minister Theresa May summoned her aid minister back from a trip to Africa Wednesday following a row over unauthorized meetings in Israel, prompting speculation she will be the second minister in a week to be sacked.

International Development Secretary Priti Patel left London on Tuesday on a trip to Uganda, but a government source told AFP she returned to London yesterday at May's request.

Patel was forced to apologize on Monday for taking time out of a family holiday to Israel in August to hold 12 separate meetings with Prime Minister Benjamin Netanyahu and other politicians without May's knowledge.

Patel visited an Israeli military field hospital in the Golan Heights during her August trip. Britain regards Israel as illegally occupying the territory, which it captured from Syria in 1967, Israel's Haaretz newspaper reported yesterday, according to AP.

Patel's situation has been made worse by her contradictory statements about the meetings. When news broke about the August trip, Patel insisted that Foreign Secretary Boris Johnson "knew about the visit." Her department was later forced to clarify the statement, saying "the foreign secretary did become aware of the visit, but not in advance of it." Patel apologized, saying the meetings "did not accord with the usual procedures." It has since emerged that she also met in September with Israeli public security minister Gilad Erdan and a foreign ministry official, without any other British officials present.

"I don't understand what more she needs to do to be sacked," one unnamed minister told the Daily Telegraph newspaper, as reported by Reuters.

If sacked, Patel would become the second minister to leave May's government in a week, after Michael Fallon quit on Nov. 1 in a scandal over sexual harassment and sleaze that has rocked parliament.

A third cabinet minister, May's de facto deputy Damian Green, is under investigation for allegedly touching a journalist's knee in 2014 and for having "extreme pornography" on his parliamentary computer a decade ago.

Foreign Secretary Boris Johnson has also been heavily criticized for remarks which left him accused of jeopardizing the case of a British-Iranian woman jailed in Tehran.

The main opposition Labor party has demanded an investigation into whether Patel's behavior breached the ministerial code.

Shadow minister Jon Trickett said May "should act now to launch an investigation of these serious breaches of the ministerial code or explain why even given this she believes that Priti Patel can stay in post".

Patel told May that she discussed the possibility of British aid being used to support medical assistance for Syrian refugees arriving in the Israeli-occupied Golan Heights, according to Downing Street.

Reports suggest however that she did not explain that this involved supplying funding to the Israeli army, which has facilitated the treatment of more than 3,100 wounded refugees in Israeli hospitals since 2013.

Britain's official position is that funding the Israeli Defense Forces in Golan Heights is "not appropriate," because it views the Golan Heights as occupied territory, a minister confirmed in parliament on Tuesday.

When she apologized on Monday, Patel said: "In hindsight, I can see how my enthusiasm to engage in this way could be misread, and how meetings were set up and reported in a way which did not accord with the usual procedures. "I am sorry for this and I apologize for it."