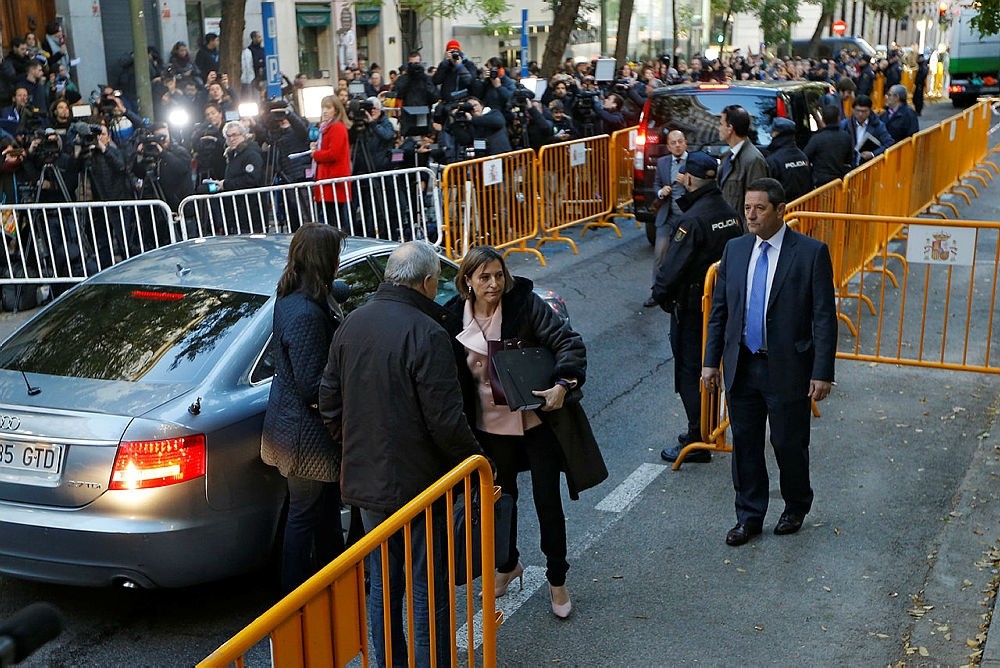 A Spanish judge agreed to jail Catalonia's top lawmaker in the rebellion probe stemming from the regional parliament's independence vote, setting her bail at 150,000 euros ($175,000) and ordering her passport confiscated.

Forcadell is the speaker of the regional parliament where, disregarding warnings from Spain's Constitutional Court, separatist lawmakers passed a declaration to proclaim a new Catalan republic on Oct. 27.

Prosecutors are pursuing a criminal case against the speaker and five members of the parliament's governing body.

The judge set a 25,000-euro ($29,000) bail to be paid in one week for four lawmakers if they want to avoid jail, and released from custody a sixth who had made the Oct. 27 vote possible but opposed the independence declaration.

During earlier questioning, Forcadell sought to avoid custody by saying that the independence declaration was "symbolic," according to lawyers familiar with the proceedings.