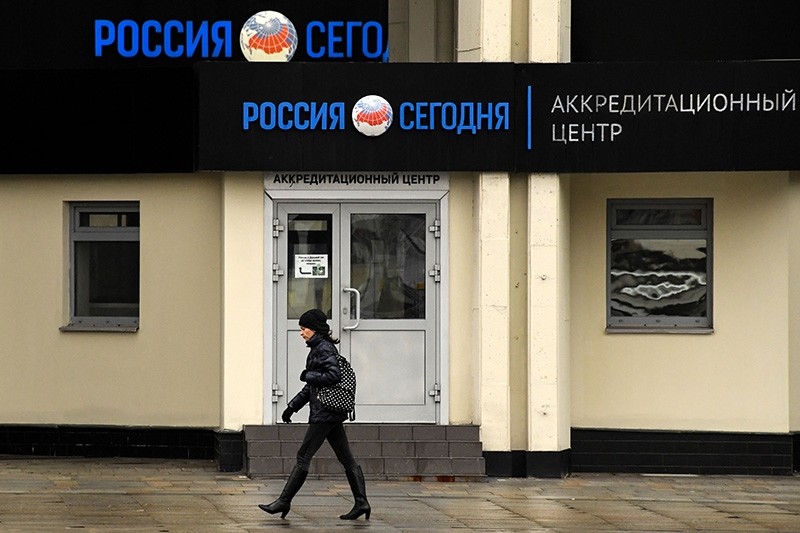 The Russian state-controlled television channel RT confirmed Monday it has registered as a foreign agent in the United States, as Moscow moved to impose reciprocal measures on U.S. media.

The U.S. Department of Justice had given RT a Monday deadline to register its U.S. operations or see its chief arrested and its accounts frozen, the channel said.

"Between a criminal case and registration we have chosen the latter. We congratulate American freedom of speech and all those who still believe in it," RT head Margarita Simonyan said in a caustic tweet.

RT earlier had said it would challenge the demand in court, as it would hinder the channel's work in the United States because it would have to make public internal documents including its employees' addresses and salaries.

Moscow meanwhile said measures requiring U.S. media outlets to register as foreign agents could be passed by the Russian parliament as early as Wednesday.

"We will try to resolve this issue fairly quickly," Pyotr Tolstoy, the deputy speaker of parliament's lower house, told journalists.

Outlets such as Voice of America and Radio Free Europe/Radio Liberty, which receive funding from the US Congress, would be forced to register as foreign agents.

Members of parliament have given contradictory statements on whether the law could apply to commercial TV network CNN.

Washington, which considers RT a propaganda arm of the Kremlin, in September told it to register its American operation under the Foreign Agents Registration Act, which is aimed at lobbyists and lawyers representing foreign political interests.

The Moscow-based broadcaster has become a focus of the investigations into alleged Russian interference in the 2016 U.S. presidential election.