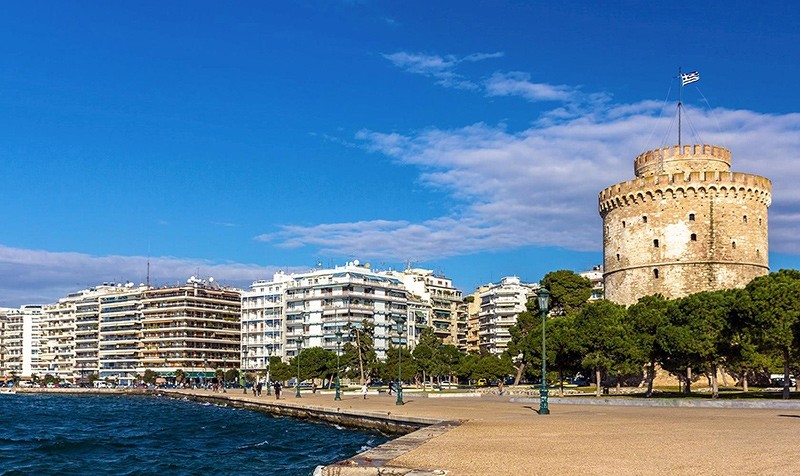 Greece's second-largest city is getting ready to uncover more Ottoman heritage -- including mosques and baths -- and plans to build an Islamic art museum, Thessaloniki's mayor has told Anadolu Agency.

Yiannis Boutaris, the 75-year-old mayor of the northern Greek city, said in an interview this week: "You cannot build the future without knowing your past."

"What we did was to make this history visible again. This history was hidden. It was hidden because the Greeks were misinformed about the Turks," Boutaris said.

The mayor is now demanding the Greek Ministry of Culture take over five historical buildings dating from the Ottoman period in the city to bring in tourism.

"We are aiming to restore and open them to the public," he said.

The Alaca Imaret Mosque -- which dates back to the 15th century -- was among the buildings the mayor wanted to rehabilitate.

Boutaris also said he intended to build a permanent exhibition of Islamic arts, describing it as an Islamic art museum, to underline "the existence of the Ottoman traces".

"I always say we are brothers with the Turks. We have the same history and the same culture. We fought each other a lot of times, but the past must be left behind," he added.

Greece, especially its northern part, is rich with Turkish heritage. However, some local authorities have neglected to protect and rehabilitate many of these treasures.

In recent years, Islamic heritage in Greece, including mosques, were vandalized by far-right groups or caught fire for unknown reasons.

Ibrahim Serif, head of the Western Thrace Turkish Minority Advisory Board, told Anadolu Agency last month that many Ottoman monuments in Greece are doomed to disappear.

Serif said that while the Turkish Cooperation and Coordination Agency (TIKA) repairs many Ottoman monuments in the Balkans, they are barred from doing so in Greece.