May says UK, allies will fight together against Russian actions 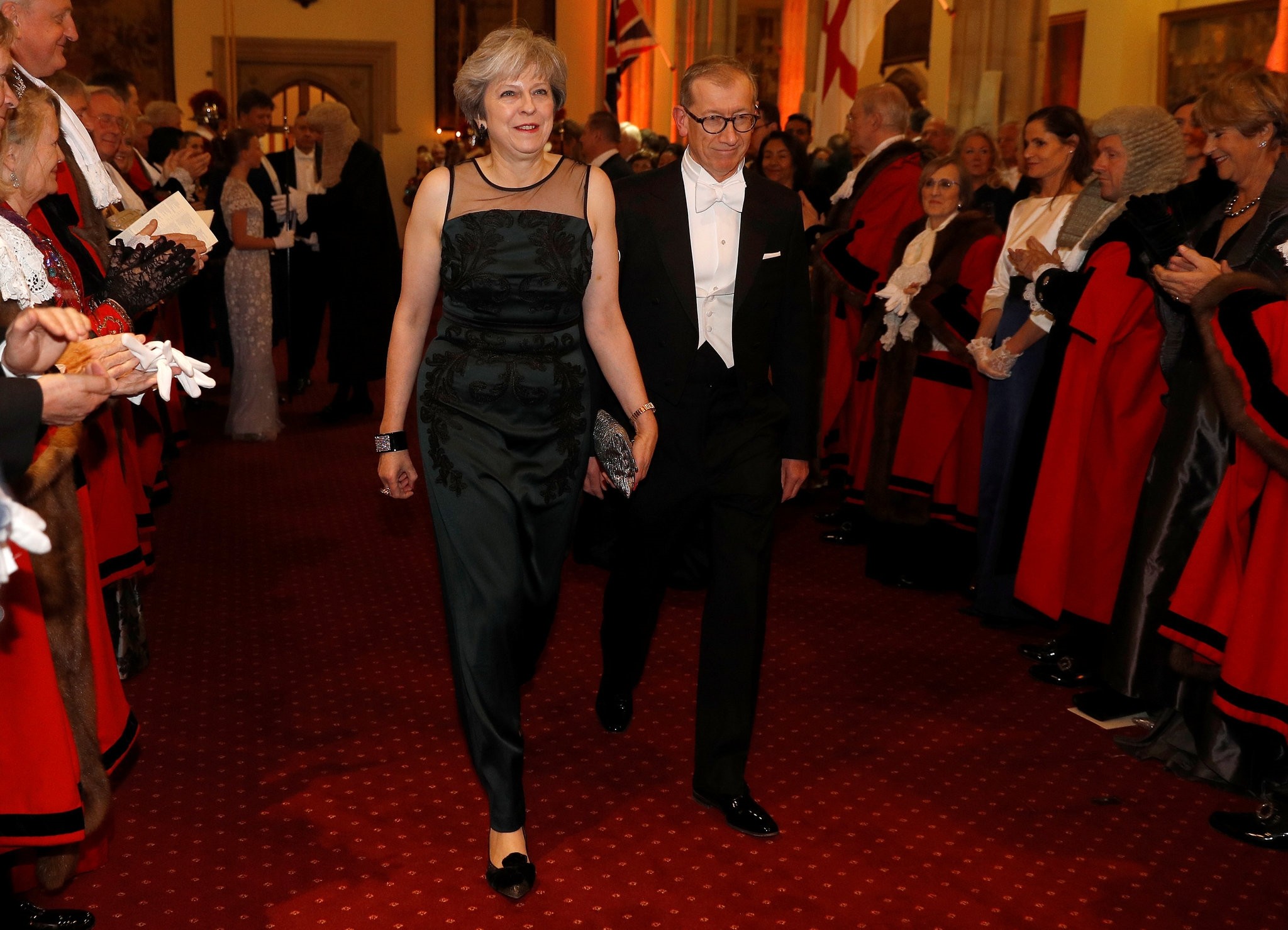 Britain's Prime Minister Theresa May arrives with her husband Philip at the Lord Mayor's Banquet at the Guildhall, in London, Britain November 13, 2017. (Reuters Photo)
by reuters
Nov 14, 2017 12:00 am

British Prime Minister Theresa May said on Monday the government would maintain its commitment to protecting Europe after Brexit as she accused Russia of military aggression and meddling in elections.

The prime minister said Britain would continue to provide assistance to states that were victims of aggression.

"The UK will remain unconditionally committed to maintaining Europe's security," May said in a speech at the Guildhall in London's financial district.

"The comprehensive new economic partnership we seek will underpin our shared commitment to open economies and free societies in the face of those who seek to undermine them."

The British government is playing one its strongest cards in the Brexit negotiations by offering to put its defence and security assets at the disposal of the EU in the hope of winning concessions on future trading and economic relations.

The country has bigger defence budgets than any other EU member state and its diplomatic and intelligence services are among the most extensive in Europe.

Its government also argues it is one of the leading EU contributors to a range of security measures, such as data and evidence sharing, extradition measures and to the EU's police agency Europol.

May on Monday accused Russia of fomenting violence in eastern Ukraine, of repeatedly violating the national airspace of several European countries, and mounting a campaign of cyber attacks.

She also accused Russia of meddling in elections and hacking the Danish defence ministry, the German parliament and its state-media of planting fake stories and photo-shopped images in an attempt to undermine western institutions.

May said the government is working to reform NATO so it is better placed to counter Russian hostility and has stepped up military and economic support to Ukraine.

"We will take the necessary actions to counter Russian activity," she said.

May also said she wanted better relations with Russia if it worked to promote peace.

"Russia can, and I hope one day will, choose this different path," she said. "But for as long as Russia does not, we will act together to protect our interests and the international order on which they depend."