Flood death toll in Greece rises to at least 13 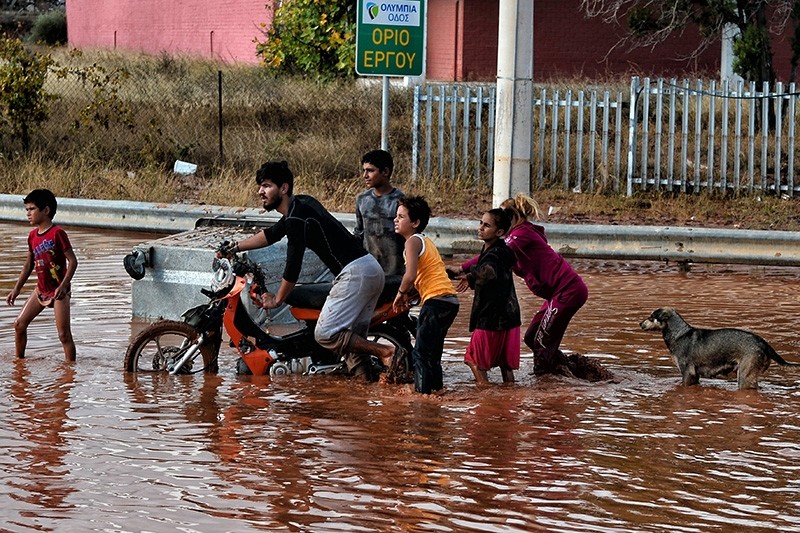 At least 13 people died and 13 were seriously injured Wednesday in flooding which followed four days of heavy downpours in Greece.

Eleven of the fatalities — four women and seven men — occurred in the small town of Mandra, the area hardest hit by the flooding. The coast guard recovered the bodies of another two men from the sea, where they were believed to have been swept by floodwaters.

The deluge hit the western outskirts of the Greek capital after a severe overnight storm, inundating homes and businesses, knocking out part of a major highway and tossing cars and trucks against fences and buildings.

Interior Minister Panos Skourletis described the flooding as "a catastrophe, a tragedy" on state TV ERT.

It was not clear how many people went missing in the flash floods, particularly in the coastal area of western Athens, rescue services said.

Firefighters responded to more than 600 calls, winching vehicles and buses stranded in the high water with people inside, and saving many from their flooded homes.

The holiday region of Nea Peramos was hit hard, houses and restaurants were submerged, including around the village of Mandra where most of the deaths were reported.

"I have nothing left," a woman standing in front of her devastated home in Mandra told reporters.

"I only managed to save my children, but lost everything else, all of my home," another woman said.

The highway connecting Athens with the port city of Corinth was temporarily closed in two locations.

The floodwaters swept away trees, cars and anything else that was in their path. The debris then blocked the outflow toward the sea, creating more flooding.

Weather forecasters warned that the rain will continue in coming days, as a slow-moving low-pressure area lingers.