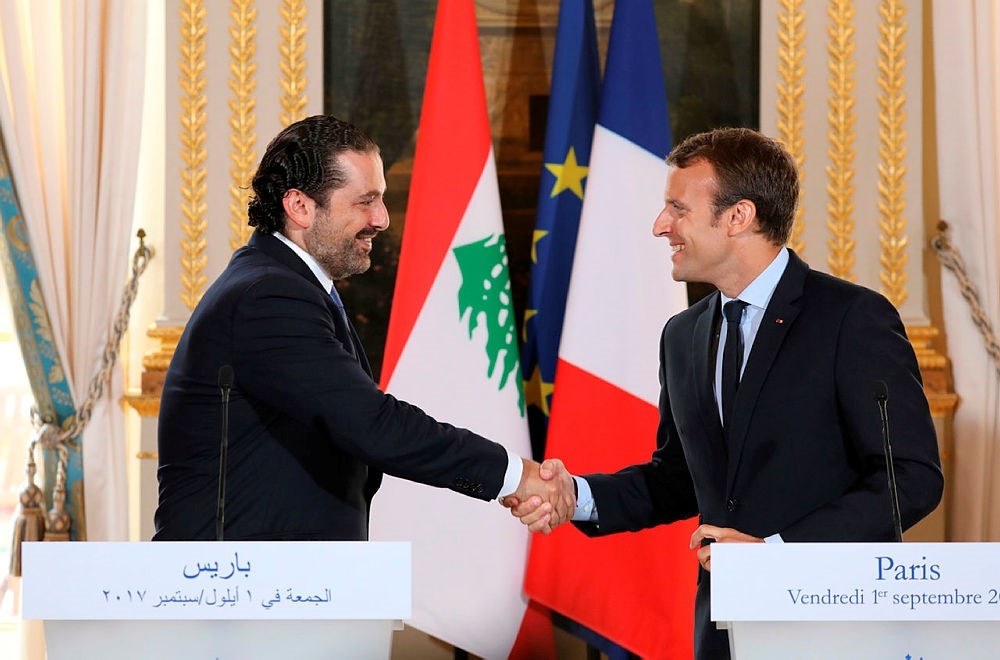 French President Emmanuel Macron has invited Saad Hariri and his family to come to France after the Lebanese prime minister's surprise resignation earlier this month, amid allegations that Saudi Arabia is holding him prisoner, the French presidential palace said Wednesday.

"After talking with Saudi Crown Prince Mohammad Bin Salman and Lebanese Prime Minister Saad Hariri, the president of the Republic has invited Saad Hariri and his family to France," the Elysee said in a brief statement.

Following the statement, source inside the Elysee said Hariri will arrive in France "in the coming days" with his family.

Earlier on Wednesday, Macron had said he "wished" that Lebanese Prime Minister Saad Hariri "confirm" from Lebanon "his willingness to resign, if that is his choice", French government spokesman Christophe Castaner said.

Macron's call came as Lebanese President Michel Aoun said also on Wednesday that Hariri was being held against his will in Saudi capital Riyadh.

"The president of the Republic wishes that the [Lebanese] prime minister can reaffirm, confirm, in Lebanon, his willingness to resign, if that is his choice," Castaner told a weekly news conference in Paris.

Earlier in the day, Hariri, who has remained in Saudi Arabia since his abrupt resignation on Nov. 4, tweeted that he was "fine", adding he planned to return to Lebanon.

"I want to repeat: I am fine and will return to my beloved Lebanon as I promised you, you will see," Hariri tweeted minutes after Aoun issued his statement.

Hariri announced his resignation from the Lebanese premiership in a televised address delivered from Saudi Arabia on Nov. 4. He has yet to return to Lebanon from Riyadh, which had long been considered his chief political patron.

Aoun, meanwhile, has yet to accept Hariri's resignation amid speculation that the latter was being held against his will by the Saudi authorities.