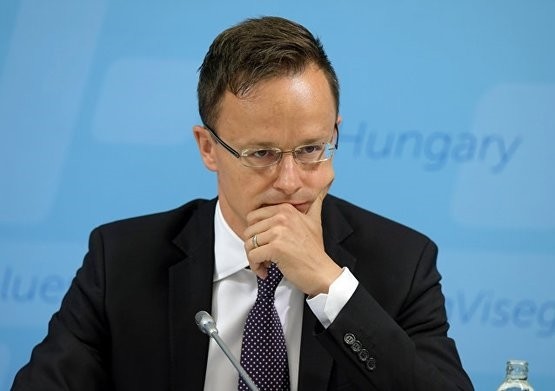 Hungary expressed "shock" Wednesday at a US plan to finance independent media outlets outside Budapest, a move it called "intervention in an ally's internal affairs."

Last week Washington announced a call for funding applications totalling some $700,000 (euros) for media projects outside the Hungarian capital.

The bidding projects should aim to "increase citizens' access to objective information about domestic and global issues in Hungary."

The plan was angrily called "intervention into internal affairs" by Hungarian Foreign Minister Peter Szijjarto, who confirmed a news report that he had summoned Washington's top diplomat in Hungary to the foreign ministry.

It is "shocking and unusual...that a democratic country begins to financially support media from its own budgetary sources on the territory of an ally and democratic country," Szijjarto told reporters in Budapest.

He said he rejects the "politics of intervention in other countries' internal affairs."

As the application deadline for bidders falls in January next year, shortly before a parliamentary election due by April, Szijjarto also said the US plan amounted to "intervention into the election campaign."

The comments mark an escalation of a heated row between the countries over the media situation in Hungary.

Last month Washington's charge d'affaires in Budapest David Kostelancik expressed concern in a speech in Budapest over "negative trends in the sphere of press freedom in Hungary."

Kostelancik said that "government allies have steadily acquired control and influence" over the media market without objection from anti-monopoly authorities.

Journalists at outlets bought by "pro-government figures" were being forced to "follow pro-government editorial guidelines dictated by the outlets' new owners."

Lucrative, publicly-funded advertising contracts meanwhile are directed to outlets "friendly" to the government, he said.

Kostelancik also condemned a recent list published on a website run by an ally of rightwing Prime Minister Viktor Orban, of journalists who it said were "agents" of US billionaire George Soros, who is originally a Hungarian Jew.