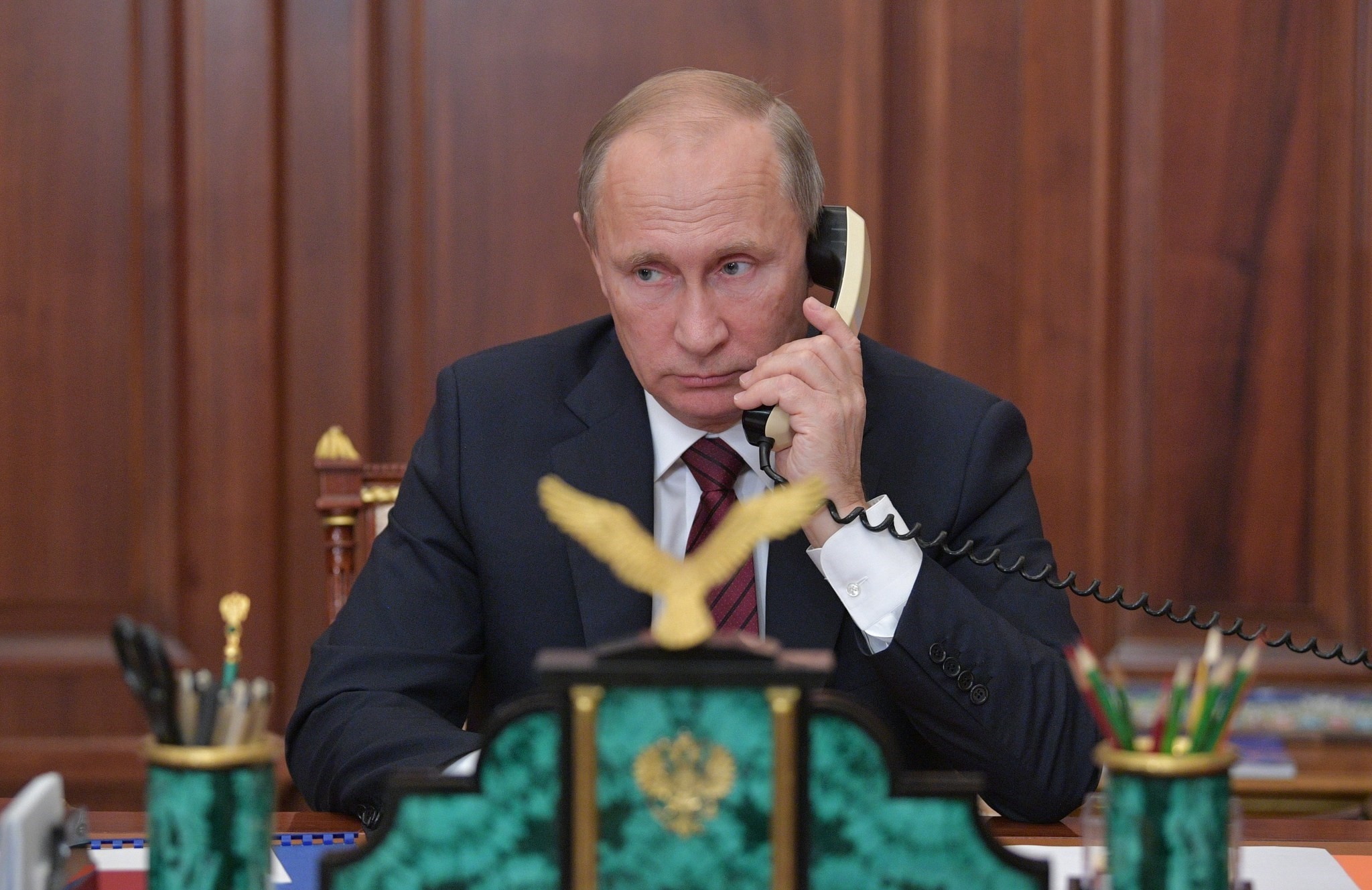 The entities, located in Ukraine's Donetsk and Lugansk regions, declared independence from Kiev following Moscow's annexation of Crimea in 2014, launching a war which has lasted to this day, killing more than 10,000 people.

His apparent willingness and ability to intervene will add fuel to western government statements that Putin has been heavily involved in orchestrating events in eastern Ukraine.

In the early stages of the conflict, Russia repeatedly denied sending soldiers or weapons across the border but Putin has since admitted some Russian military personnel travelled to fight.

"The President has never hidden the fact that he is able to make appeals, able to exert a certain influence -- not unlimited influence," in the self-proclaimed republics, Kremlin spokesman Dmitry Peskov said Thursday.

But Putin was unable to direct events in the regions because "these are republics, which have their own independent existence," Peskov added.

Putin on Wednesday met with Ukrainian politician Viktor Medvedchuk, who is one of Kiev's representatives in talks with the rebels and with whom he has close personal ties.

Medvedchuk asked for Putin's assistance in the swapping of 306 rebels imprisoned by Kiev for 74 people jailed by the separatist republics before Christmas.

Putin discussed Medvedchuk's proposal with Zakharchenko and Plotnitsky who "supported the initiative," the Kremlin said, a claim confirmed by both rebel leaders Thursday.

Irina Gerashchenko, the first vice-speaker of the Ukrainian parliament, said "the key to the freeing of all hostages lies in the Kremlin".

"We hope very much that by New Year there will be positive news regarding the release for the hundreds who are waiting for their loved ones," she said in remarks carried by Ukrainian television.

Kiev accuses Moscow of fuelling the conflict in Ukraine's east and supporting the separatists with weapons and troops. Russia has denied such allegations, saying any such soldiers fighting for the separatist cause are volunteers.