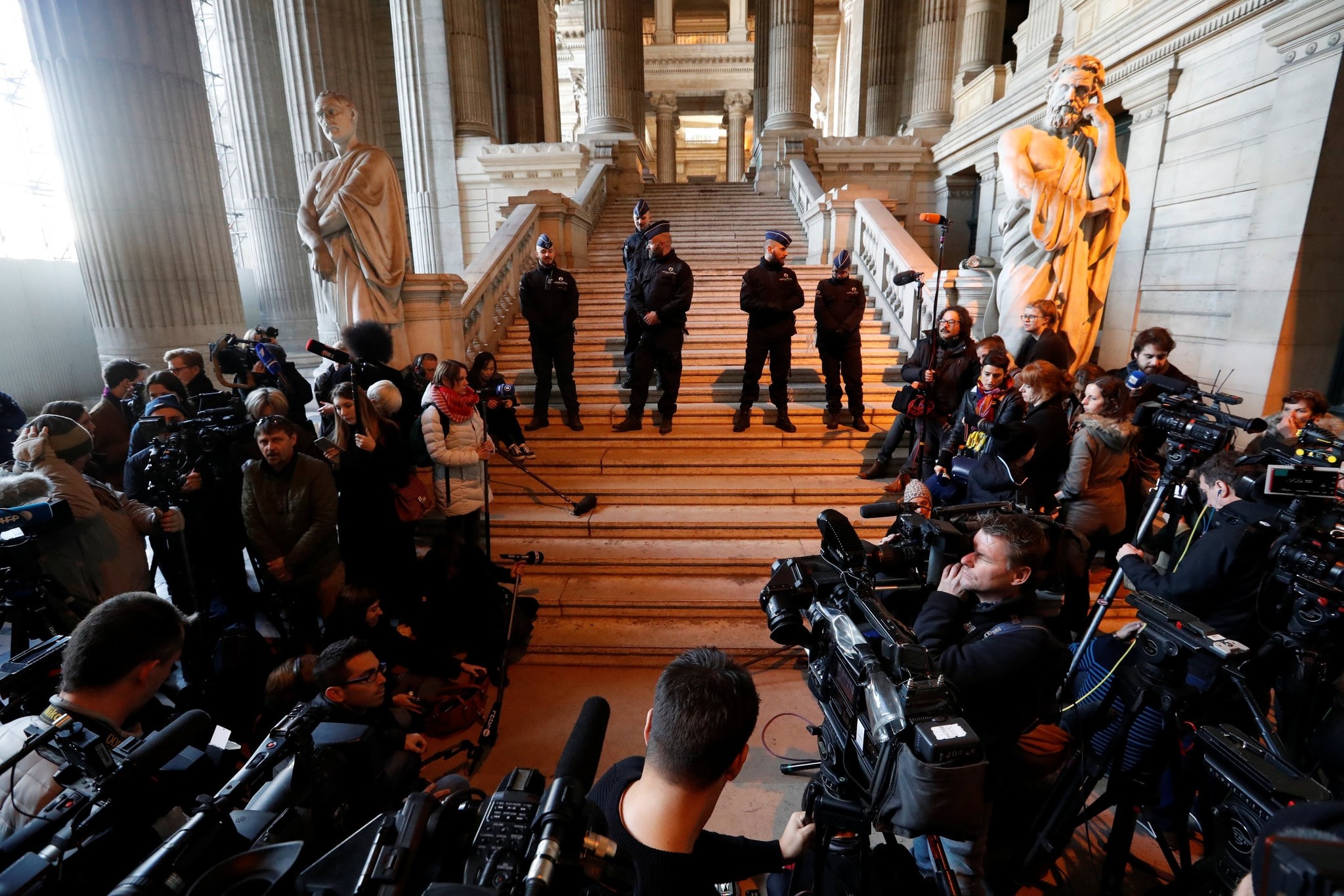 Members of the media await the arrival of sacked Catalan President Carles Puigdemont at a Belgian court, in Brussels, Belgium, November 17, 2017. (REUTERS Photo)
by reuters
Nov 17, 2017 12:00 am

A Belgian judge made no ruling on Friday on a European arrest warrant issued by Spain for ousted Catalan leader Carles Puigdemont, his lawyer said after a court hearing in Brussels.

The Belgian prosecutor demanded the warrant to be exercised, but the case for Puigdemont's defence will be made at a hearing early next month.

"We will make our case on December 4. The prosecutor has asked for the extradition warrant to be exercised. Nothing has been decided today," Paul Bekaert told reporters outside the main Brussels court.

The prosecutor had determined that according to Belgian law Puigdemont and four of his former ministers who travelled with him to Brussels were charged with conspiracy by public officials, Bekaert added.

Under the Spanish warrant, all five faced charges of rebellion and sedition.

They had left Spain after Puigdemont's regional government was sacked by Madrid for unilaterally declaring Catalonia independent following a referendum on secession that court authorities in Madrid had ruled was illegal.

The European arrest warrant system in place since 2004 makes it easier for EU countries to demand the extradition from other EU states of people wanted for crimes, and removes political decision-making from the process. EU countries issue thousands of such warrants each year.

The Oct. 1 referendum and subsequent turmoil have plunged Spain into its gravest political crisis since the return of democracy four decades ago.

Puigdemont has since said he might consider a solution that did not involve secession.