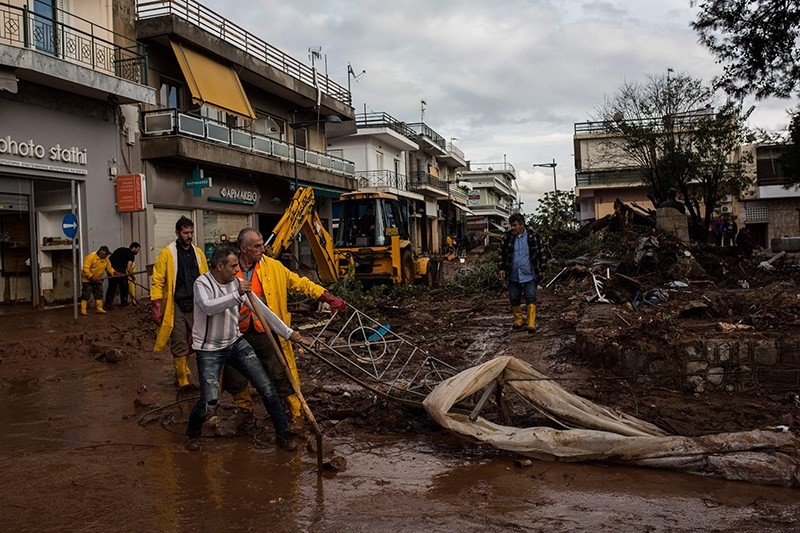 The death toll from days of heavy rains that have wreaked havoc in the Greek capital has risen to 19 after the discovery of three bodies, authorities said Saturday.

Two bodies that had been swept out to sea were found in the Gulf of Elefsina, west of Athens, the coastguard said. A spokeswoman said the men, 59 and 29, had been identified at a hospital by their relatives.

A third individual was found buried under mud and debris in the central village of Mandra, which has been largely destroyed, the fire department said.

All three bodies belonged to people known to have been missing since the flood hit Wednesday. Three more are still missing.

There were fears about the fate of thousands of unregistered migrants working as farmhands in the Mandra region, about 30 kilometres north-east of Athens.

Entire towns were ravaged and sections of the main Korinthian highway on the west coast were swept away by the severe rain that began Wednesday. Forecasters said the precipitation should end by Monday.