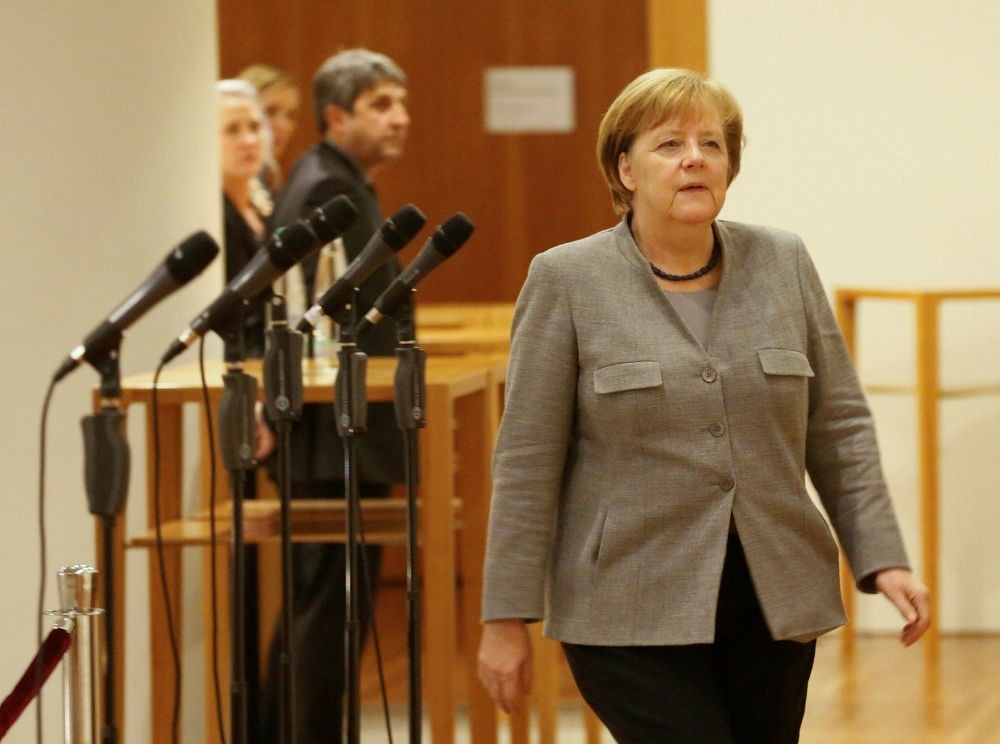 Chancellor Merkel was left scrambling to drag Germany out of crisis after high-stakes talks to form a new government collapsed, potentially forcing Europe's top economy into either snap elections or a minority government

Merkel could seek a repeat of her outgoing "grand coalition" government with the center-left Social Democrats, Germany's second-biggest party. However, they have said since a disastrous election result in September that they're determined to go into opposition. That would leave a minority government led by Merkel's conservatives — which hasn't previously been tried in post-World War II Germany — or new elections.

Merkel, whose liberal refugee policy has proved deeply divisive, had been forced to seek an alliance with an unlikely group of parties after the ballot left her without a majority. But following more than a month of grueling negotiations, the leader of the pro-business FDP, Christian Lindner, walked out of talks overnight, saying there was no "basis of trust" to forge a government with Merkel's conservative alliance CDU-CSU and the ecologist Greens, according to AFP.

"It is better not to govern than to govern badly," he said, adding that the parties did not share "a common vision on modernizing" Germany.

Voicing regret for the FDP's decision, Merkel vowed to steer Germany through the crisis. "As chancellor... I will do everything to ensure that this country comes out well through this difficult time," she said.

News magazine Der Spiegel called the breakdown in negotiations a "catastrophe" for Merkel and said Germany, long seen as an island of stability, was having its "Brexit moment, its Trump moment".

Many fear a new election could further strengthen the far-right Alternative for Germany (AfD) party that surged into parliament in the Sept. 24 election after winning nearly 13 percent of the vote. AfD leaders have pushed for new elections for weeks as the coalition talks failed to reach agreement.

Current opinion polls predict little change compared to the September vote. A Forsa poll released last week showed conservatives on 32 percent, the Social Democrats on 20 percent, the FDP 12 percent, the Greens 10 percent and the AfD 12 percent, as reported by Reuters. It was not immediately clear what impact the latest development would have on the parties' support.

Leaders of the other parties expressed shock about the FDP's move since negotiators had been on the cusp of an agreement. The Greens accused the FDP of a pre-meditated move to oust Merkel.

News magazine Der Spiegel called the breakdown in negotiations a "catastrophe" for Merkel and said Germany, long seen as an island of stability, was having its "Brexit moment, its Trump moment."

French President Emmanuel Macron, who has sought Merkel's backing for an ambitious EU reform plan, expressed concern about Germany's political deadlock, saying "it is not in our interest that the situation becomes tense." The euro fell on the news, but Germany's blue-chip DAX remained largely firm, losing just 0.47 percent in early trade.