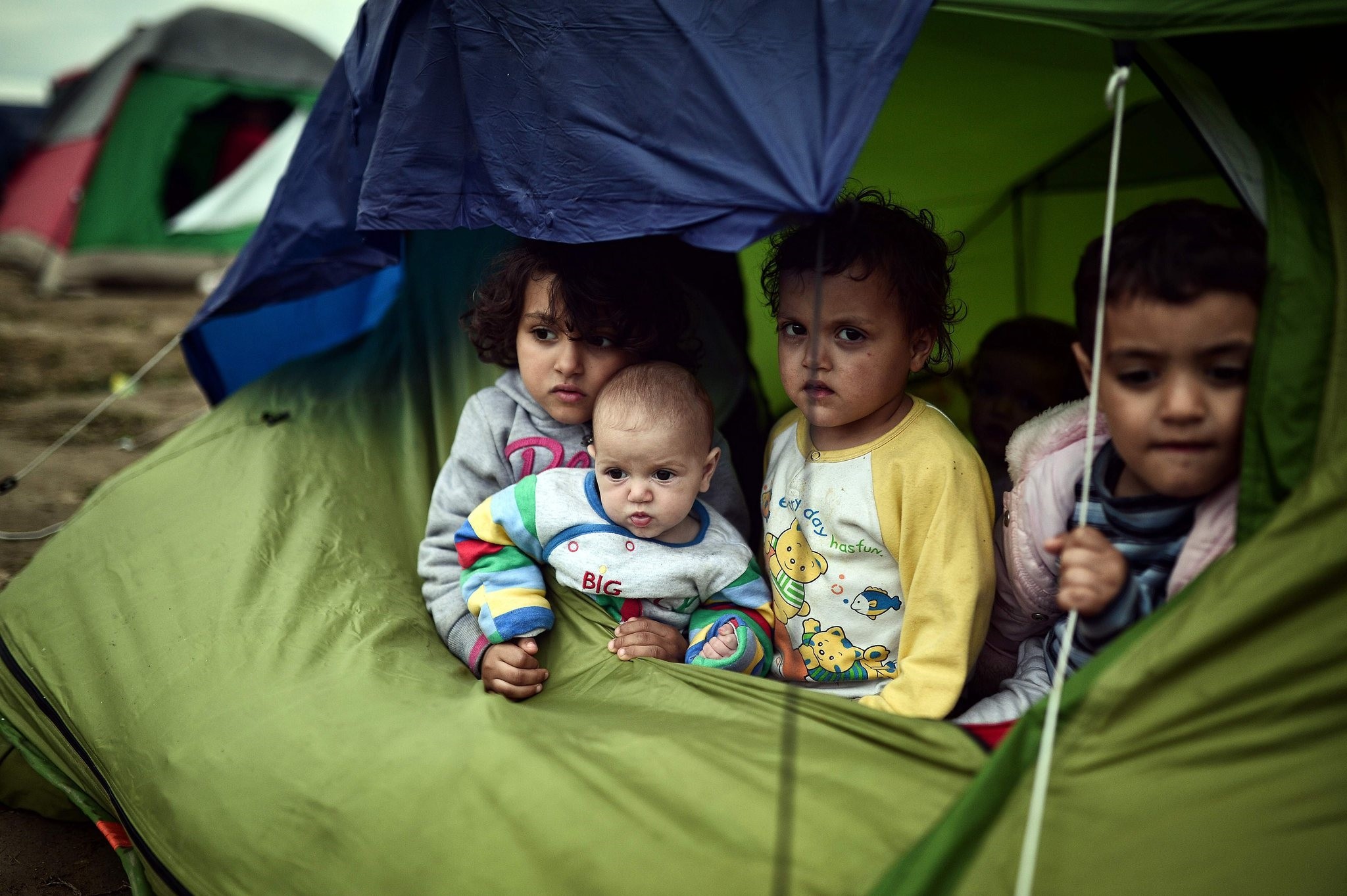 Migrant children stranded in Greece struggle to survive with other a tent for shelter. (AFP Photo)
by Nov 22, 2017 12:00 am

Twenty prominent aid groups Wednesday warned Greece that it was a "matter of life and death" to remove migrants from overcrowded island camps before the onset of winter.

"We are in a race against time. Lives will be lost, again, this winter - unless people are allowed to move, in an organized and voluntary fashion, to the mainland," said Jana Frey, the International Rescue Committee's country director in Greece.

"This remains a matter of life and death,"

The groups, including Amnesty International and Human Rights Watch, said camps on Lesbos, Samos and Chios are hosting nearly 11,000 people, 7,000 over their nominal capacity.

"Thousands, including single women, female heads of households, and very young children, are being forced to live in summer tents, essentially sleeping on the ground, as the weather worsens," the groups said in a common statement.

"Some women are forced to share tents with unrelated men, putting their privacy and safety at risk," they said.

Greek authorities say they are wary of moving large numbers of asylum seekers to the mainland, arguing that it would simply send a message to people smugglers to ferry more people over.

"Moving people from the island to the mainland does not solve the problem...as soon as we remove them, more will come," migration minister Yiannis Mouzalas told reporters earlier this month.

Mouzalas has said his ministry is trying to speed up the processing of asylum cases, but the system has clogged by mass applications, even by economic migrants ineligible for asylum.

The government is trying to create additional camp space on the islands, but the project is strongly opposed by local authorities.

On Lesbos, authorities staged a 24-hour general strike on Monday to demand the immediate transfer of thousands of refugees exceeding the capacity of the camps.